To mark the completion of the 250th day of the relay hunger strike, being organised by the Visakha Ukku Parirakshana Porata Committee (VUPPC), a 25-hour long fast is being undertaken by 250 Visakhapatnam Steel Plant (VSP) workers. The protest started at 8:00 am, at the steel plant arch in Kurmannapalem, Visakhapatnam on Tuesday.

Opposing the Central Government’s decision to privatise the Visakhapatnam Steel Plant, on 12 February, 2021, a relay hunger strike was launched at Kurmannapalem Junction. Since then, the Visakhapatnam Steel Plant workers have been participating in the relay hunger strike by turns. Several political leaders and dignitaries also joined the trade unions and VSP workers in the VSP protests.

In support of the VSP protests, Centurion University Chancellor G.S.N. Raju, former Director (operations) of Visakhapatnam Steel Plant, K.K Rao will visit the protest campsite here on Tuesday. Several representatives of political parties are also expected to pay a visit to the camp.

Reportedly, VUPPC Chairman, Ch Narsinga Rao, demanded that the Union Government withdraw the process of appointing a legal advisor for the privatisation of VSP and warned that the legal advisors will not be allowed to visit the steel plant premises.

Of late, the Visakha Ukku Parirakshana Porata Committee and the Displaced Persons’ Association, have been stepping up the Visakhapatnam Steel Plant (VSP) protests with the demand of keeping VSP in the public sector. In line with these demands, a month ago, a ‘Maha Padayatra’ was carried out, from Kakatiya Gate to Old Gajuwaka. 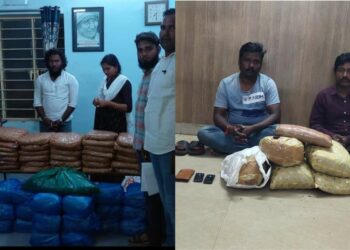 Jobs in Vizag: 170 vacancies to be filled on 22 November