The number of ganja smuggling cases has increased multifold in the recent past. In the last two days i.e. 9 and 10 June 2022, as much as 1,272 kgs of ganja was seized at three separate locations in the Visakhapatnam District. In an incident, which came to light on 9 June, a whopping 684 kgs of ganja was caught near the Munchangiputtu Village of the district.

Acting on credible information, the district police conducted vehicular checks at the Labburu Junction on Thursday evening. During these checks, a Bolero pickup van was caught with ganja-loaded bags weighing 684 kgs. A total of 9 persons were arrested and a jeep and 5 two-wheelers were seized along with the ganja. Seven other persons involved in this smuggling case fled the scene and the Visakhapatnam District Police initiated a search for them.

In a similar incident, 528 kgs of ganja was seized while being smuggled from the Vizag agency areas. As per the reports, the officials of Devarapalli Police Station received information regarding the illegal smuggling to Pendurthi. Upon gaining knowledge, the police stationed themselves at a junction near Dearapalli and checked a suspicious-looking van. Ganja weighing 528 kgs was uncovered and the van used for transporting it was seized. Additionally, Rs 23,000 in cash and 2 two-wheelers were seized

The third ganja smuggling case in the last two days was recorded at the Vepagunta Junction, Visakhapatnam. As per the statement by the Pendurthi Traffic Police, an auto was spotted without a number plate near the Vepagunta Junction. Noticing this, traffic CI Bharatkumar Raju alerted a constable stationed at Naiduthota Junction. The auto was stopped by the constable near Naiduthota, upon which the driver, including two others, fled the scene. Ganja weighing 60 kgs was found inside three luggage bags in the auto. The police seized the auto and ganja and initiated a search for the accused. 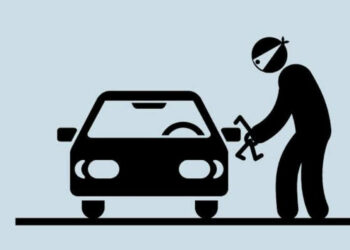