10 Hollywood movies that you must watch before you die There are many great movies that will leave you in awe after watching them. They not only inspire you but also give you a true cinematic experience in many aspects. Backed by some stupendous performances, spectacular direction, and marvelous technological intrusions, these movies have the potential to take you to whole new another world. While many languages boast of such wonderful film, let’s look at 10 must watch Hollywood movies that you have to watch before you die.

This movie which released in 2006, will keep you glued to your seats right until its very end. Directed by Christopher Nolan, Prestige stars Hugh Jackman and Christian Bale as two rival magicians who try to outsmart each other. It’s an intriguing tale of deceit and drama as both the protagonists run after fame at the cost of some dire consequences. Nolan manages to keep the audience hooked with his brilliant way of storytelling.

The Pursuit of Happyness

The Pursuit of Happyness is based on the true story of Chris Gardener and his son Christopher. It shows the hardships faced by Chris (played by Will Smith) and Christopher (played by Jaden Smith) as they try to survive in the daily world. Powered by a terrific performance by Will Smith, this movie gives us an inspiring and a heart-touching story that’ll make most of the audience emotional.

This 1957 classic is counted as one of the greatest films of all time. Not only is this movie used to teach lessons in filmmaking, but is also used in training MNC corporates. 12 Angry Men is a court room drama that involves an intense and a logical plot. The entire movie was shot in a single room and underlines the power of one’s persuasion skills and conviction. 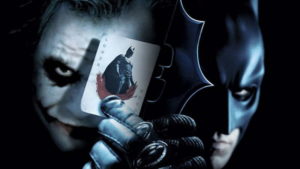 The trilogy that revamped the Batman franchise. The trilogy consists of Batman Begins(2005), The Dark Knight (2008), and the Dark Knight Rises (2012). Christian Bale dons the Batman avatar in all these films. This trilogy, especially the Dark Knight, stands out of other Superhero movies with its plot and storytelling. Special mention to Heath Ledger who absolutely nailed the Joker’s role in the second installment of the series.

In a recent poll held by a famous website, Interstellar was voted as the most favourite movie of the 21st century. Interstellar stands as a true testament to Christopher Nolan’s vision directorial brilliance. Interstellar is a sci-fi movie that deals with concepts such as black holes and life and on other planets. Starring Matthew  McConaughey, Anne Hathaway, and Matt Damon, Interstellar is a spectacle that no film lover can afford to miss.

Shawshank Redemption has stood the test of time and still stands tall. This movie tops the list of the best movies on IMDb. Starring Tim Robbins and Morgan Freeman, The Shawshank Redemption was based on the book by Stephen King. The movie mentions the importance of not losing hope in one’s life, no matter what the situation might be.

Perhaps the most influential movie of all time. Directed by Francis Ford Coppola, the movie has inspired a generation of filmmaking. The Godfather is a neo-noir film that showcases the gang wars between different mafia gangs in America. A true testament to art cinema, Godfather also has extraordinary performances by Al Pacino, Marlon Brando, and Robert de Niro.

Fight Club is a movie that released in 1999 and was directed by David Fincher. It’s a cult movie that has been tagged as one of the manliest movies of all time. It stars Edward Norton and Brad Pitt and has many rebellious concepts. The movie is thought-provoking and has one of the most amazing twists at the end. You just cannot miss this movie and is one of the must-watch Hollywood movies.

Inception is a movie that marveled both the audiences and the critics alike. It involves concepts of dreams and limbo that require high skills to be portrayed on the screen  Christopher Nolan amazed one and well with the way in which he managed to pull off such a complex storyline. Leonardo DiCaprio, Tom Hardy, Ellen Page, and Joseph Gorden-Levit delivered superb performances to back this brilliant script.

Directed by Steven Spielberg, Schindler’s List released in 1993. It shows the true story of Oskar Schindler who had managed to save many Jews from the atrocities of the Nazis during the second world war. It won the Academy award for the best picture in 1993 and is a proof to what a movie can achieve. Realistic, powerful, and hard-hitting, Schindler’s list is perhaps the best war movie that has ever been made.

Do let us know what your list of 10 must watch Hollywood movies would be.