The history of Vizag has always been associated with ancient British establishments, stories of how it turned into a metropolitan from an undisturbed coastal city, and the emergence of one of the major ports in the country. But can you imagine the City of Destiny being war-struck? Back in 1942, an air raid was conducted by the Japanese off the coast of Vizag. Fortunately, the effect of the Japanese air raid never made landfall on Vizag.

Here is the story of how Vizag, earlier known as Vizagapatam, was on the verge of war.

With the outbreak of war in Europe, an expansion of the new Indian Air Force was planned around five Coastal Defence Flights (CDF) manned by the newly raised Volunteer Reserve Flights (IAFVR). Training began for mostly Indian pilots and a few British businessmen who held pilots licenses. All the units except 2 CDF were equipped with Wapiti IIAs and Vs. These were the first flights of the fledgling Indian Air Force and Vizag played its part with the establishment of No 104 GR (General Reconnaissance Squadron) of the Indian Air Force at RAF Vizag on 1 April 1942. The airfield was at Buchirajapalem which is today’s INS Dega and Visakhapatnam’s International Airport.

David Small, who had worked for the famous merchant firm in Cochin, Pierce Leslie & Co, together with an Anglo-Indian Pilot Officer Barker, flew two Wapiti’s from Dum Dum and raised the new flight at Vizagapatam. How Small and young PO Barker, on their first patrol, shadowed a Japanese battle squadron off Vizag in an aged Wapiti J9754 with a speed of 100 miles an hour has been written into aviation history as described in Forgotten Skies – Story of the Air Forces in India and Burma by Wing Commander W Russell. “Having just formed his flight and arrived on 1st April with two Wapitis at the field in the valley behind the small port of Vizagapatam, halfway up the east coast of India, he had no phone to the Naval Officer in charge at the port, no hangars, and as yet no airman. On 6th April, after struggling with all these initial difficulties, he went out on his first patrol. He decided to navigate, as there were no wireless operators or navigators on the spot, so the young Indian Pilot Officer Barker, whose home is at Agra, flew the aircraft. They were not more than thirty miles off the port, barely clear of the swept channel when David saw flashes to the northeast. He looked closer and witnessed the unbelievable sight of an aircraft carrier, several cruisers and destroyers belching fire at a merchant’s vessel, like hounds around a fox at bay.

He went closer and realized that here was part of that mighty Jap fleet that had attacked Ceylon and had been playing hide-and-seek with the Navy for a fortnight.  He directed Barker to fly back to the coast and checked on his navigation; then he went back to the action at eight thousand feet and had a bad moment when he saw a flight of three yellow radial-engined low-wing fighters fly below them in the direction of the land. But miraculously, the Japanese planes never saw the awkward old biplane wallowing along at a hundred miles an hour. He stayed long enough to sketch the different types of Jap vessels engaged, then flew back, landed, took a ride to the naval office eight miles away from where Naval-Officer-In-Charge put through a long-distance call to Calcutta and Ceylon about a Jap naval force trailing its coat off the Coromandel coast. Later that day, Vizag was bombed, but the airfield with its two Wapitis was ignored. Such was the state of our preparedness in India at that time. The Americans talk about doing things ‘on a shoestring’, we were working on a worn-out shoestring, and by some odd chance, like the escape at Dunkirk in the west, we got away with it in the east too. But it had been rather a close affair”. 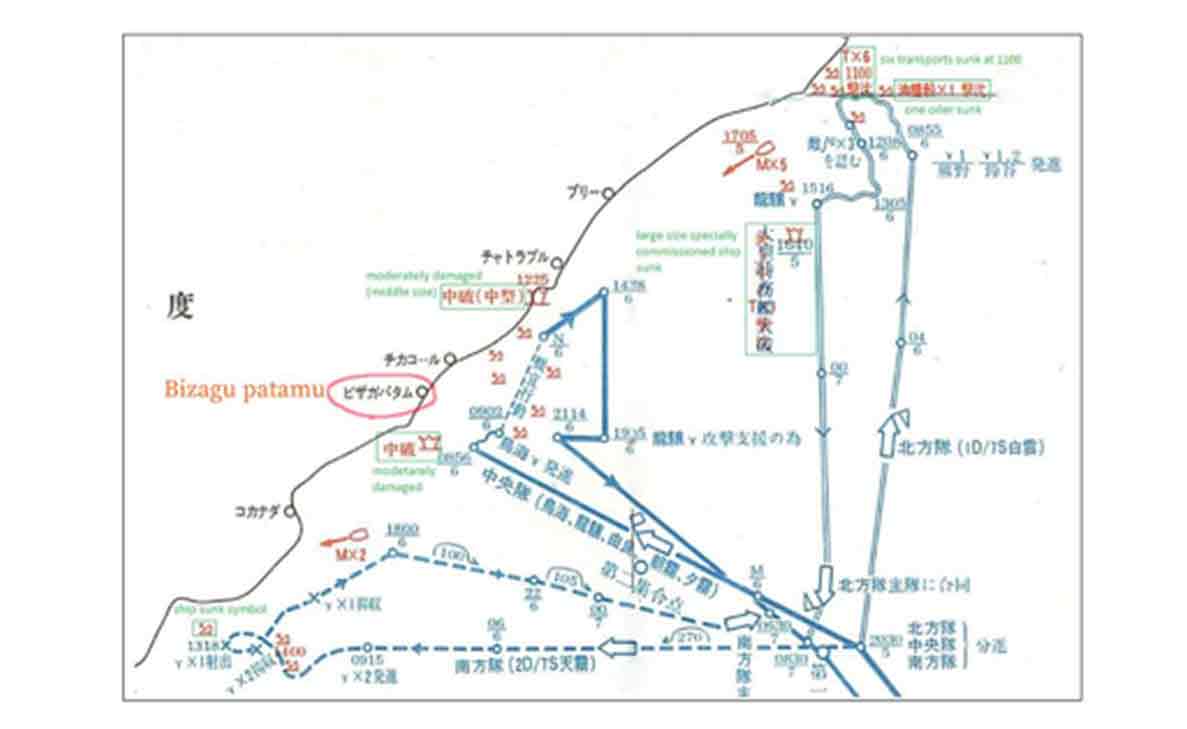 Those unwelcome visitors on 6 April 1942 put Vizag in the headlines around the world, as it was the first Japanese air raid on India. The Japanese havoc in the Bay of Bengal by carrier group led by carrier IJN Ryujo and Japanese reports of the raid reads ビザグ (Bizagu) パタム (patamu) = ビザグパタム or Vizagapatam. Sadly, eight Vizag Port employees lost their lives when a bomb exploded near a pipe in which they were sheltering. A memorial plaque with their names is displayed at the Visakha Museum.

Following a later forced landing of one Wapiti in Vizag, and irreparable damage to the aircraft, civilian Tiger Moth aircraft were introduced into service from July to December 1942. On 1 December, the No 104 Squadron Indian Air Force in Vizag became the new No7 Squadron IAF. Later in the war, Vizag became a key site for the launch of paratrooper drops in Burma using Douglas DC3 Dakotas. Pilot Office Barker, later was IAF Air Marshall Maurice Barker PVSM; he was the first Anglo-Indian to join the IAF. As he had already qualified as a pilot in the Bombay Flying Club, he was immediately commissioned as Pilot Officer, 1691 GD (P), on March 11, 1941. He accompanied Flt Lt David Small from No 4 Coastal Defence Flight (CDF) IAFVR Calcutta, to set up No 104 GR (General Reconnaissance) of IAF at RAF Vizagapatam on 1 April 1942. PO Maurice Barker remained at RAF Vizagapatam No 104 squadron till Oct 1942 when he was transferred to OTU (Operational Training Unit) Risalpur for conversion to Hurricanes.’ Early in 1943, then Squadron Leader David Small went out on patrol over the Bay of Bengal from Vizag in a Hudson bomber and did not return to base. On the 80th Anniversary of the World War 2 Air Raid on Vizag – Lest we Forget!