Vizag to have floating restaurants

Vizag to have floating restaurants The city of Visakhapatnam is soon to have floating restaurant if the plans of the AP tourism department turn into reality. These floating restaurants will be an additional tourist attraction in the city of destiny and will surely increase the number of tourists in the city. The concept of floating restaurants is very common in Phuket, Bora Bora, Hawaii and Goa in the country. The state government of Andhra Pradesh do not want to leave any stone unturned to attract tourists from all over the globe. Hence it has allowed private companies who have experience in such tourism projects to start their ventures in the state.

A memorandum of understanding (MoU) has been signed between the AP government’s Youth Advancement Tourism and Culture (YAT&C) and the Goa based Champions Yatch Club Pvt Ltd at the recently held CII-AP Partnership Summit to set up a floating restaurant. This will be operated as a fast ferry on a pilot basis in the port city of Visakhapatnam.

The project of floating restaurant will be set up at an estimated cost of Rs 6,565.75 crore. Many other different companies will also work on setting up of 58 tourism projects as told by the tourism officials. All these 58 tourism projects will create employment to 62,321 people in the state and the floating restaurant will employ around 220 people [approx].

“Having signed the MoU, the project has taken off. There will be a lot of preliminary exercise to officially confirm the project. It sounds to be an attractive feature but the sea is not viable for it. There is one reservoir — Mudasarlova — under GVMC limits which is viable. Prolonged discussions and consultations with the public too needs to be done,” a senior officer from tourism department opined. 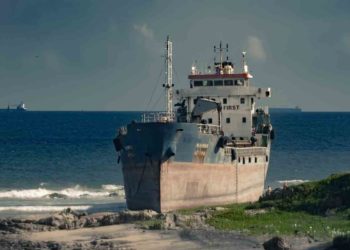