Proof that Visakhapatnam is a Smart City, punch someone if they disagree

Proof that Vizag is a Smart City, punch someone if they disagree From being the city of destiny to becoming a smart city, Vizag has come a long way. Various initiatives have been taken over the past year to ensure better connectivity and an easier life for residents. As Vizagites sit back to enjoy the various amenities the government has brought forth, we laud these efforts, hoping that they will make the city a better place to live in. And then, we have proof that what signifies a smart city, Vizag is on it.

If Cyclone Hudhud taught us one important lesson, it was the significance of disaster-proof electricity. Kudos to the Andhra Pradesh Eastern Power Distribution Company Ltd. (APEPDCL), underground cabling is now underway! Pictures of people, buildings, fishes and abstract art adorn walls in many sections of the city today. Street art is here to add colour to our dull and drab walls as the GVMC has enlisted artists on the job. Proof that our smart city Vizag is a beautiful one. The green cover that was always taken for granted disappeared in just one day with the cyclone. As more Vizagites are getting fixated onre-greening the city post cyclone,saplings were distributed for free and many profit and non-profit organizations voiced their support for the movement that still continues. Under the Digital Andhra Project (IT and Communications Dept., State Govt.), BSNL and QuadGen brought in 1.2Gbps bandwidth Wi-fi Internet access to the 2.1 Km stretch along the Beach road, Visakhapatnam. People in and around Ramakrishna Beach, Kailasagiri and VUDA park can now access the Internet by purchasing a package that can range from as less as half hour to longer. Plans include access to educational institutions and wider region of the city as well. Proof that future is in sight. 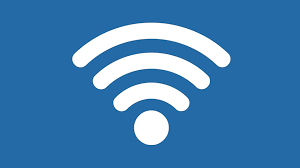 The city’s lighting up with LED as the GVMC, State Energy Conservation Mission (SECM) and Energy Efficient Services Ltd. (EESL) are now bringing LED light bulbs in place of conventional sodium vapour ones for street lights. Controlled by a Central Monitoring System with cloud based technology, repairs will be possible within the first 48 hours. More greenery, open breathing pockets for citizens and play areas for kids become a reality as 94 parks are being developed, with one being planned in every ward. Under the ‘Green Visakha, Smart Visakha’ campaign, resident welfare associations and flat owner associations in Vizag have been called upon to take up the development of parks in their region. This friendship day marked the start of the ‘compulsory helmet’ rule. Motorists found without helmets needed to shell out an INR 100 on-the-spot fine, shops selling helmets got busy too.

Setting up new community toilets and bio toilets in Visakhapatnam and maintaining/ repairing the existing ones are other aspects of the plan.