Vizag (Visakhapatnam) soon to have a Sailing Academy Cyclone HudHud had destroyed, among many other things, the Yatching Centre in Rushikonda, Vizag. This had heavily anchored a number of water sports, which were extremely active until that time. Now it is soon going to be the time for all the water sport enthusiasts to start putting their gear together.

The State Government is now planning on initiating a full-fledged Sailing Academy, with Vizag as the hub. The objective is to reinstate the previous stronghold that water sports had in the State. As part of this, a panel consisting of officials from the Sports department has already done a primary research.

In 2002, the TDP led Government installed a Water Sports Training Academy in Rushikonda with 12 Hobie-16 boats, 12 laser boats, 4 rescue boats. National level sailing competitions were also held in Visakhapatnam the same year. Apart from that, team sailing and Hobie-16 invitation championships were also conducted in 2003 and 2004 respectively, in the city.

However, the destruction caused by the cyclone had stomped on all the enthusiasts’ dreams of completing their training. However, the State Government now is supporting their ambition and soon will be literally sending them back out into the sea! 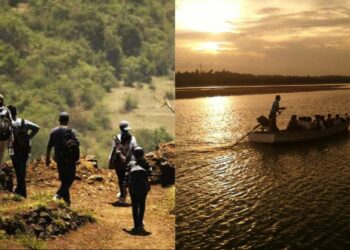