Creating a common platform for promising talents, Vizag Rap League (VRL) is the first of its kind community for rappers in and around the city. The league’s Founder, Dennis Devraj shares the journey.

When Dennis got into rapping in 2008, the rap scene in Vizag was at a nascent stage. With little guidance and not many opportunities to showcase skill, the then 12-year-old certainly had his task cut out while trying to make name for himself. Fast forward to 2020 and he now leads a 16-member-community that guides fledgling rappers. Named ‘Vizag Rap League’, the group conducts workshops, gives training, and provides a platform for those passionate about rapping.
Vizag Rap League was conceived in 2018 when Dennis felt the need of forming a hip-hop community in the city. 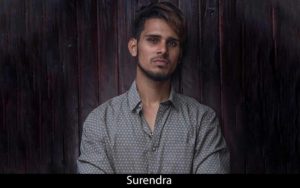 “Given the challenges that I’d faced while starting out, I was determined to make life easier for those looking to enter the fray now. I then approached Surendra, my fellow rapper from the city, who agreed immediately to help the cause. Vivek and Varun also came on-board soon to take care of the logistics of Vizag Rap League,” Dennis shares.

Vizag Rap League initially ventured in 2019 by conducting freestyle rap battles. However, with the organisers feeling that the city’s rappers weren’t quite ready to take part in such duels, the attempt had to be discontinued. After a brief impasse, the rappers donned their gear again to record an album. Titled ‘Closet Tales’, the mixed tap comprised of 26 songs and garnered a good response. However, it wasn’t easy to take their effort into the crowd in the first place. “After releasing Closet Tales, we held a Vizag tour to promote the album. We performed at shows and even conducted street ciphers (gatherings of rappers at a public place to jam). We first did a street cipher at YMCA at Beach Road and the crowd, as expected, was taken aback; they looked at us strangely,” he laughingly recollects.

An under-appreciation of their skill has been a constant obstacle for Dennis and his team over the years. “The problem is that not many people pay heed to the lyrics. Nowadays, rap is, unfortunately, being mistaken for a mere mix of loud beats and meaningless lyrics. People are inclining towards music that would make them dance; not towards something that would make them think,” the B.Tech graduate notes.

However, as the group persisted with its approach, the public grew familiar and the response for their subsequent street cipher proved to be much heartening. A positive word of mouth is apparently helping a great deal in spreading a word about rap talents. Also, the individual popularity of the rappers in the group is turning out to be a huge plus. “Interestingly, a few of the tracks from our album have become so popular that members of the crowd sing along with us on a few occasions,” Dennis says.

Vizag rap league is currently working on its upcoming album. Christened as ‘Renaissance’, the tape is likely to come as an amalgamation of multi-lingual raps. As VRL gears up to release its first work of 2020, Dennis and Co hope for a brighter year ahead; a year that hopefully sees the league grow into a stronger platform for many more aspiring young talents.