4 major international companies that will soon open up in Vizag As Vizag takes major strides towards emerging as a major smart city, many national and international companies have shown interest in setting up their stores here and pumping investment into the city. While the technology sector seems deemed to embrace multiple IT and blockchain related firm, other sectors such as tourism and textile, among others, gear up to be bolstered by the establishment of reputed companies. Here are four of the many international companies that have been promised to Vizag.

The much-awaited Walmart store in Visakhapatnam is likely to start its operations from July this year. The retail giant’s store in Gajuwaka, spread over 56,000 sq ft, is at an advanced stage of completion. It has also been learned that the store is being constructed with an estimated investment of Rs 60 crores. The Visakhapatnam store will be providing 250 direct jobs and up to 2000 indirect jobs, it has been reported. State Information Technology Minister Nara Lokesh and Google X CEO Astro Teller met in San Francisco at the company office last year. In a major step towards promoting the IT ecosystem in the state, an MoU was signed regarding setting up a research facility in Visakhapatnam. 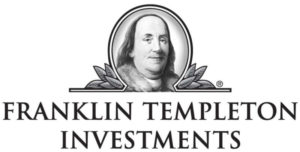 Mutual funds and investment solutions company Franklin Templeton, along with its partner Innova Solutions, will be setting up its campus in Visakhapatnam. Reportedly, a plug and play facility has been reserved for allotment on the second floor of the Tech Hub. It has been learned that Franklin Templeton and its partner Innova Solutions will invest about $70 million with 198 seats. The campus will be scaling up its operations over a span of eight years and will move out to the outskirts once their allotment of 40 acres is completed.

In addition to the above mentioned, other companies too are looking towards Vizag to expand their wings in the state.