What lies ahead for Vizag in 2018? District Collector Pravin Kumar tells us 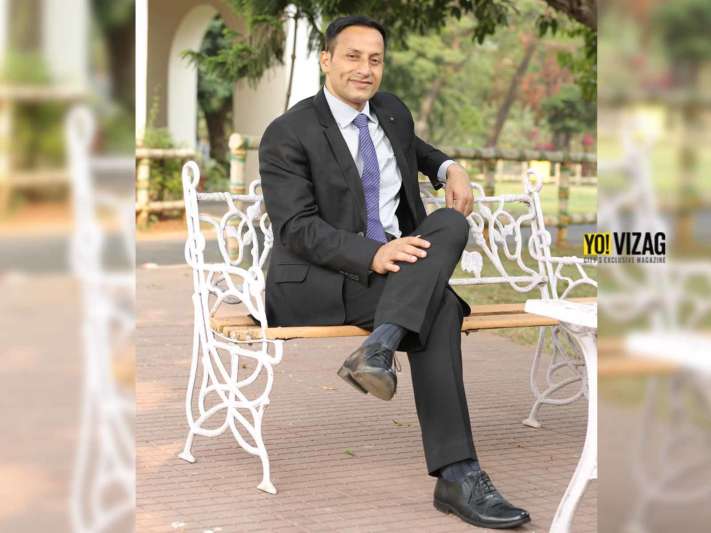 Having been associated with the city in various capacities, since 2012, Shri Pravin Kumar I.A.S., who assays the role of being District Collector for Vizag is all praise for the city. Talking about the transformation it has seen in the decade, he focuses on the momentum the city gain post-cyclone Hudhud. With much in store for the city in 2018, he talks about why this year will be a game-changer and how the city is headed for growth. Jaya Siva Murty brings the story.

“There are many ongoing projects in the district and with the vision of the Hon’ble AP Chief Minister Shri Nara Chandrababu Naidu, the State Government and District administration, would like to complete them this year. Along with the works in progress, many projects have started for this year too. Developments in the city will include improving the quality of municipal services and implementing Smart City elements. Underground cabling will ensure that the power supply isn’t disrupted during natural calamities like cyclones. The water supply, with the support of the Asian Development Bank (ADB), will be provided to places that don’t have it. Underground drainage, the launch of command and communication centers, better sanitation and more beautification are other areas that will be in focus. A Smart Street project will be taken up to bring a technical approach to scientifically develop streets. This will ensure creating pedestrian pathways, street lights, incorporating public bicycle services, smart toilets and even having a real-time bus monitoring system.” “The beach is an opportunity for us. Beachfront development projects that will focus on the stretch from the coastal battery to Bheemunipatnam are on the cards. With funding from World Bank under Andhra Pradesh Disaster Recovery Project (APDRDP), the stretch will see the development of various amenities like parks, beach restaurants and sports arena for kids along with beautiful landscaping. Facilities like yachts and hovercrafts through private investment will be added to attract global tourists. Along with developing the stretch, issues such as beach erosion and shore protection will also be addressed. As the continental shelf along the East Coast is sharp, Vizag beach lacks the smooth gradient into the sea. Beaches here aren’t safe, per se, so two to three safe beaches will be ear-marked and about thirty swimmers will oversee the safety and security factors. While it’s difficult to deploy swimmers all along the 70-80 km coastline, they will be deployed wherever the footfall is high. Rest of the areas will have prominent signages addressing safety that has to be followed strictly by the tourists. Also, the highway and beach will be connected wherever possible, by master plan roads. The proposed Bhogapuram airport will be connected by beach road from Bheemili to Bhogapuram.” “2018 will be a game changer for Vizag. February will see the start of an international standard convention center spread over 15 acres with a capacity for over 5000 – 7000 people. The Rs. 1,500 crore project, undertaken by The Lulu Group, will have a hotel and a mall. As other private convention centers are also being planned, we will see a rise in the number of hotels as well. Another important development will be a sports complex spread over 150 acres, that will enable us to train our own sportspersons, while allowing us to host national and international tournaments. An international airport at Bhogapuram is also slated for development. With the airport, the entire ecosystem of the region would transform into an Aerocity, bringing companies, hotels and resorts in the region. We are concentrating on North of Vizag as well, to bring on board more cinema theatres, malls and other infrastructure. A six-lane National Highway is planned from Anandapuram to Anakapalli. This will reduce traffic congestion coming into the city. With the non-polluting development planned towards the north, the southern side of the city will see more industries come in.

“We are still backward when it comes to the rural and tribal zones. For those regions, the 2018 focus is to improve the performance of health and education indicators. Access to road and water for tribal areas has to be given top priority along with helping increase the per capita income, and improving irrigation sources. Tourism, in areas such as Lambasingi, will also be on focus. The development of the Vizag-Chennai Industrial Corridor will allow industrial growth and create more jobs. Similar to the Pharma City, in Parwada, and SEZ, in Atchutapuram, invitation to companies to set up a presence at Nakkapalli, over the acquired 5000 acres available area, has also been sent. Our strengths in IT, service and tourism sector, will all help to give a fillip to the economy, especially through the iconic superstructure of the Millennium Tower in Rushikonda.” 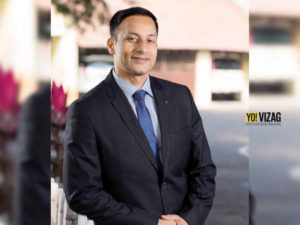 “The real achievement in the city till date has been in seeing the mindset change in people. Today we take pride in talking about our city, which wasn’t there a few years ago. I feel that the Cyclone Hudhud played an important role in bringing this change. After the cyclone when most of the electric poles had fallen, we went on to become the first city in India to have all LED lights on the streets. Today the city’s infrastructure looks much better than pre-cyclone. Also most parts of the city are green. The Hon’ble Chief Minister’s vision of bringing international events to the city, involvement of the State Government, flagship program of Swachh Bharat, the “Smart City” mission and the engagement of the citizens in development process has made it possible. Citizen participation is being brought in through discussions with resident welfare association. The change in the city is visible, and anyone coming here, especially after a gap of three years, can see the progress.”

“The city still has many issues such as congestion on roads, parking woes, drainage, pollution etc. Roads here are better than those in many other cities. However, we do need to have more parking places and plans are on to create multi-level car parking projects near Beach Road, Jagadamba Jn, Vuda Children’s Theatre, Gurajada Kalakshetram etc. In other countries people are willing to drive the extra distance to look for parking space, and that attitude needs to come in to the city as well. To address the issues of pollution, it first needs to be measured across the city. While sensors are there, we still need more CCTV cameras, pollution sensors, traffic regulation, face-recognition software for smart streets, and so on. Real-time solutions are being identified for pollution, transport and other city-related issues. Initiatives like bicycle sharing and electric cars/ buses are also in the offing.”

A Year of Promise

“With many things slated to either begin in 2018 or be completed, this is a milestone year for the city. From smart streets to demand-driven public transport, change will keep the city’s interests in mind. Of key impact will be the Smart city project, Sports City, the six-lane highway, the Greenfield airport, CRZ, and VUDA master plan roads. All these elements will shape Vizag as a smart city, while bringing in a visible shift to not just how the city looks and operates but also to the standard of living of people here.”