We are in the final month of 2017 and one must admit the fact that this year is proving to be a pretty successful one for Tollywood. Right from the Sankranti releases of ‘Khaidi No 150’ and ‘Gautamiputra Satakarni’ to the recent ‘Raja the Great’, our filmmakers have hit the sweet spot. With a few more biggies lined up before we bring down the curtains over 2017, Tollywood is in for, what looks like, a blockbuster year in terms of the revenue generated.

Come 2018, and the fans have umpteen number of reasons to be excited. The current crop of top 6 actors (excluding Chiranjeevi, Nagarjuna, Balakrishna, and Venkatesh) in Tollywood have got their movies lined up to treat us to a ball. So here’s what these superstars have in store for us in 2018.

The much-awaited film will hit the screens during Sankranti next year. Casting Pawan Kalyan and Keerthy Suresh as the leads, ‘Agnyaathavasi’, has already been generating buzz with its first look poster. 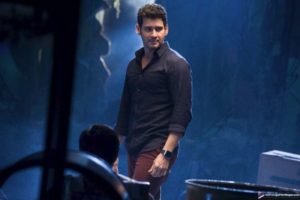 Superstar Mahesh Babu and Koratala Siva team up once again after Srimanthudu. Their political thriller, Bharat Ane Nenu, will probably release during August next year. The highly anticipated combo of Jr NTR and Trivikram, which has been on cards for quite some time now, is all set to be a reality. The movie, which will soon hit the floors, promises a treat to the fans next year. After the stupendous success of Baahubali, Prabhas will be trying out his luck with Saaho in 2018. Also, being produced under the UV creations banner, Saaho is one of the costliest movies in Tollywood. 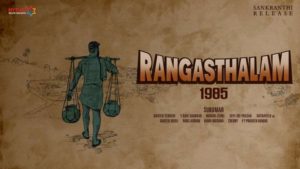 Ram Charan’s Rangastalam, which was slated for a Sankranti release, has been postponed to March next year. Ram Charan’s rugged look for the film has been the talk of the T-town for quite some time now.

Allu Arjun’s next is also slated for a summer release next year. Written and directed by Vakkantham Vamsi, the movie is deemed to be a high-voltage action entertainer.