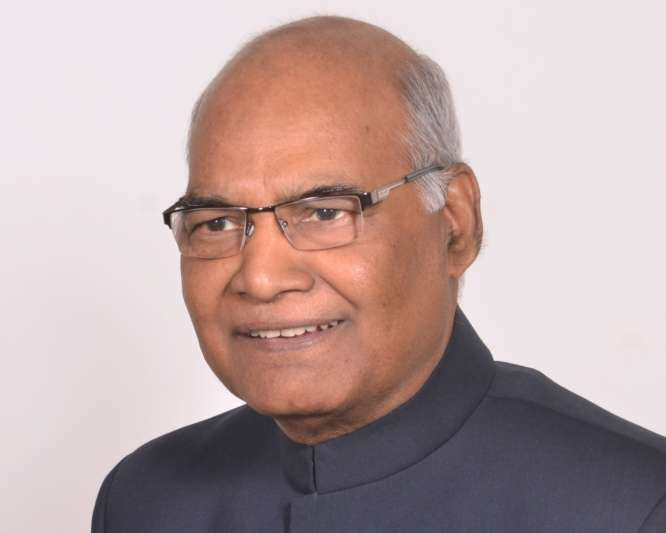 The city of Visakhapatnam is all geared up for the arrival of President Ram Nath Kovind. He will be in Visakhapatnam on December 7 for a two-day visit to participate in the golden jubilee celebrations of the Submarine Arm of the Indian Navy.

As per the current schedule, President and Supreme Commander of the Armed forces will arrive in the city during the early morning hours of December 7th and will inaugurate the TU 142 aircraft museum before heading to Andhra University in the afternoon. As per a report in The Hindu, he would release a special postal stamp (Armed Forces Flag Day) and first-day cover in the evening, commemorating the golden jubilee year of the Eastern Naval Command (ENC).

Mr. Ram Nath Kovind will also present colours to the Submarine Arm on a subsequent day.

Andhra University is all set for a President’s visit after three long decades. Mr. Ram Nath Kovind will be the third president to visit the university, after Neelam Sanjiva Reddy and Gyani Zail Singh who visited AU in 1978 and 1984-85 respectively.

This will be Mr. Ram Nath Kovind’s second visit to AU after his initial visit to the university during 2002-2003 as MP.

AU Vice-Chancellor Prof. Nageswara Rao was quoted by The Hindu as saying, “It was just a couple of weeks after he had taken over the presidentship when I met him at the Rashtrapati Bhavan and he immediately recollected his earlier visit to AU and promised to visit the campus on his next trip to Vizag. We did not expect that it would happen so soon. His office sources say the moment his visit to the city was finalised on the occasion of the golden jubilee celebration of the Eastern Naval Command and the Submarine Arm of the Navy, he asked his staff to include AU on his agenda.”

It has also been reported that the President will lay the foundation stone for the E-Classroom Complex and incubation centre. Also, as the Supreme Commander of Armed Forces, he will declare open the Centre for Defence Studies.