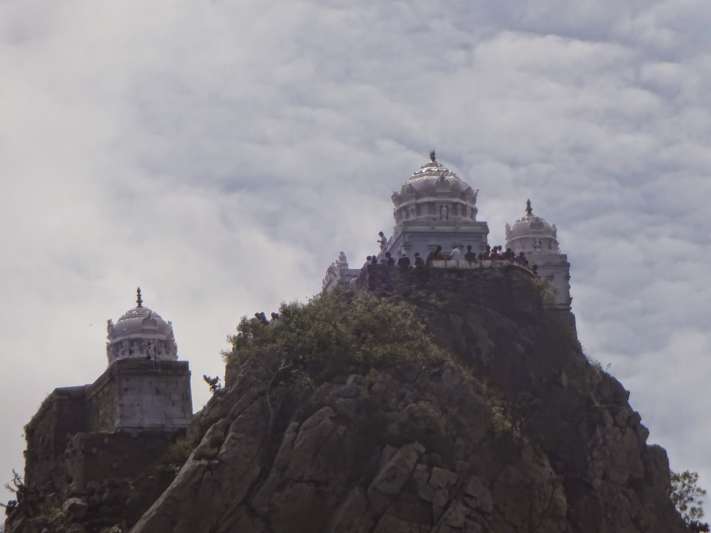 In what has come as a shocker to many, a man has fallen to death from a 2400 m high cliff in Tamil Nadu. It has reported that the devotee was encircling an ancient temple present on the cliff. The legend says that anyone who encircles this temple will be bestowed with blessings and good luck. However, the temple officials had banned this ritual as there is not enough space around the temple to do the rounds and the ritual could prove to be a life-threatening one.

The victim, who has been identified as Arumugam, an auto-driver from Tamil Nadu, defied the ban and went ahead to encircle the Thalamalai Perumal temple present on the Thalamalai hills. It has been learned that Arumugam had completed two rounds and it was during the third round that the unfortunate incident took place. Owing to the cramped space available, the devotee slipped off the edge and fell to death. The people present in the vicinity could do little as there was virtually no time to react.

The current Tamil month of Purataasi attracts a large number of devotees to this temple. Apart from the cramped room available around the temple on the cliff, the ground there had turned slippery due to heavy rains in Trichy for the past few days. This slippery surface also, the locals feel, might have played a role in leading to Arumugam’s death.

A video, which was recorded by one of the witnesses, showcases the entire incident that happened on Saturday. It shows how confidently Arumugam climbed the cliff and finished two rounds before slipping off into the deep gorge. The police recovered the devotee’s body on Sunday afternoon.