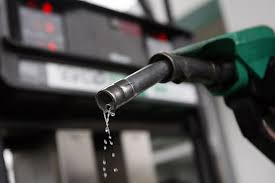 hike in petrol and diesel prices

The petrol price revisions, taking place on a daily basis, has become quite a tussle between OMC’s and the Central Government. On one hand, the PSU’s, being given the free hand in June, have resorted to passing on the retail cost to the end consumer. On the other hand, the Central Government, has stressed upon the issue by asking the OMC’s to reabsorb the additional cost factor vis a vis passing it onto the consumer.

Oil price surges on a global level has been a worrying factor for quite some time now. The consumers’ cost has been hitting  three-year highs this week. As on last night,  the petrol price in Mumbai stood at Rs 79.48 per litre and the price of diesel in Kolkata and Chennai stood at Rs 61.37 and Rs 61.84 per litre, respectively. The filling station patrons are unable to understand these sudden petrol prices surges but have no option other than being at their wits’ end about it.

An additional ripple of this has also been on the share market and the individual stock prices. A  fall in share prices of OMCs has shaken the market giants such as BPCL, HPCL and IOCL. At close of business last night, Shri Dhramendra Pradhan, Union Minister for Petroleum and Natural Gas, has iterated that the Government will not step in to check rising petrol and diesel prices. The fall prompted Shri Pradhan to stress that the government will continue with its dynamic pricing policy also emphasizing that bringing fuel prices within the ambit of GST would ensure uniformity in prices.

The consumers who will be paying Rs.75.36p today for a liter of petrol have a long rant about the astronomical petrol price hike. Lack of transparency and the general ripple of discontent is adding to the visible distress.