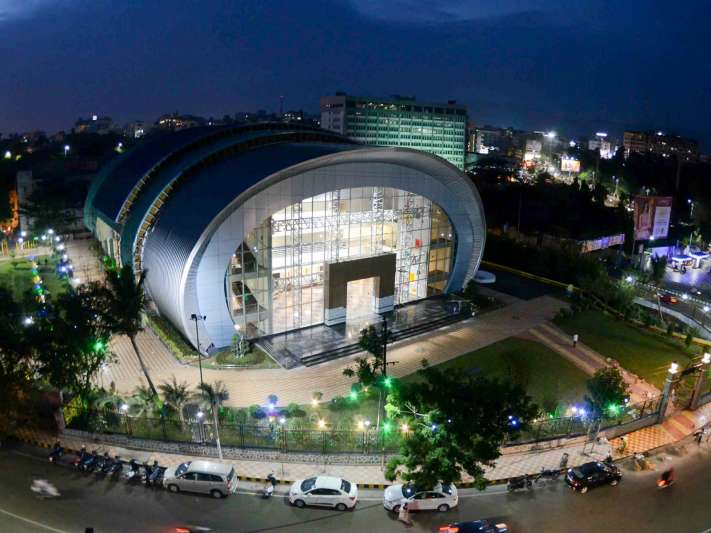 VUDA Children’s Arena is holding a three-day Patriotic Film Festival in the city, organised by the Directorate of Film Festivals, Ministry of Information and Broadcasting, Government of India. They are screening patriotic films from March 26 to 28 at the festival. Vizag is one of the three South Indian cities selected to hold the film festival, the other two being Chennai and Cochin. The film festival started off with a lively cultural show to mark 70 years of Independence before the films had begun screening.

The screening halls were reportedly jam-packed with children and parents who thronged to the Children’s Arena yesterday to watch the recently released ‘Ghazi’. Nine movies of Hindi and Telugu will be showcased in the coming days, with four films scheduled for each day.

The March 28 schedule has ‘Netaji Subhash Chandra Bose’ screening at 11 AM on the first floor with the inspirational ‘I am Kalam’, based on former President of India – APJ Abdul Kalam, being screened on the ground floor. At the 2 PM show, ‘Lagaan’ and ‘Alluri Sitarama Raju’ will be screened on this day.

Collector Pravin Kumar stated at the event that they will be organising the Children’s Film Festival at the VUDA Children’s Arena from April 7. They will also try to organise more such festivals so children benefit and learn from the movies being showcased. HRD Minister Ganta Srinivasa Rao, who inaugurated the festival, acknowledged that the first movie screened at the festival – ‘Ghazi’ – was a movie linked to the history of the city. He further stated that these kinds of festivals are important to inculcate the patriotic spirit in children and also to boost tourism in the city.