The report of another plane – this time the Shaanxi Y8 four-engine turboprop bought in March 2016 already having flown 809 hours – gone missing from Myanmar is no more a surprise.

According to the army chief, this time the plane was scheduled for a flight from Myeik to Yangon having a total of 122 passengers belonging mostly to military background constituting of 15 children and 35 soldiers on board. The plane also had a crew of 14 meeting the same fate as of its passengers. Some of these people were traveling to Yangon to attend schools and get their regular medical check-ups done.

The weather department raised no alarm regarding any storms approaching although it is the monsoon season in Myanmar this time of the year. According to the office of the commander-in-chief, the plane lost contact with the air traffic control at 1:35 PM on Wednesday just within 30 minutes of its takeoff. Since then, Myanmar’s military searched for the plane day and night as the relatives of the passengers prepared to hear probably the worst news of their lives.

A total of 9 navy ships and 3 air force planes had been put to work in order to find the missing airplane. They found the debris of the plane and some dead bodies Thursday morning around 8:25 AM off the coast of Launglon, Myanmar. The search and rescue efforts entered its third day on Friday and hopes of finding survivors faded after bodies kept being pulled out of water. 21 women, eight children and two men have been pulled so far.

There has been no official cause found for the crash yet. 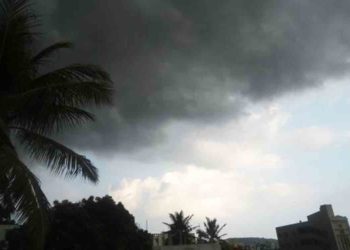 As Vizag welcomes monsoon, 5 places to relish the weather in city