Ivanka Trump, along with other delegates who were in Hyderabad for the Global Entrepreneurship Summit (GES), attended the lavish dinner hosted by Prime Minister Sri Narendra Modi at Taj Falaknuma on Tuesday night. 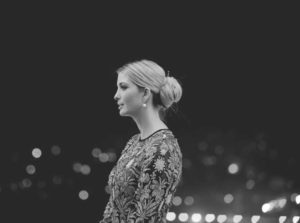 Telangana Governor E.S.L Narasimhan, Chief Minister K. Chandrasekhar Rao and other eminent politicians and industrialists also attended the dinner which was arranged over an epic 101-seater dining table at the palace.

Ivanka Trump was given a warm reception at the palace. She was welcomed with a traditional ‘Aarthi’. Other guests too were greeted some special flowers. The News Minuted quoted Ritesh Sharma, GM, Taj Falaknuma Palace, as saying, “Our chefs have worked tirelessly to recreate a unique dining experience from the Nizam’s kitchen and we are certain to create memories for PM Modi and Ms. Trump that will last a lifetime.” The 36-year-old also took a tour of the magnificent palace, which was once the residence of the Nizam, who was the ruler of erstwhile princely State of Hyderabad. The event was also chirped up by some lively dances displayed by some groups. As per the report in The News Minute, the spectacular dining set up was laid out with the palace’s premium collection of glassware and silverware, along with personalised menus for each guest.

The event was arranged amidst tight security arrangements.