Hyderabad beefed up with heavy security for Ivanka Trump’s visit Hyderabad has been beefed up with a massive security cover for Ivanka Trump’s visit. The daughter of the U.S President, Donald Trump, will be visiting the city for the Global Entrepreneurship Summit (GES). The event, which will be organised for three days and attended by 1500 delegates, boasts of an eminent guest list that even includes Prime Minister Narendra Modi.

Ivanka will be the key speaker at the event on Tuesday. This will be Ivanka Trump’s biggest foreign mission since her father assumed charge as the U.S President.

Ivanka will arrive at the Shamshabad airport in the city in the early hours of 28th November and leave on 29th November’s evening.

In order to ensure a secure environment for the eminent guests, as many as 10,000 security personnel have been deployed in the city. Telangana Director General of Police M Mahender Reddy informed the reporters that all the arrangements have been made for the peaceful conduct of the three-day event.

A command and control room, in addition to the one at HICC, has been set up at the DGP’s office in order to monitor the security arrangements. The police commissioners of Hyderabad and Cyberabad will be in charge of the security operations in their respective areas.

Apart from the airport, security has been beefed up at Helipads, Falaknuma, several Metro stations, and other places the delegates will be visiting. 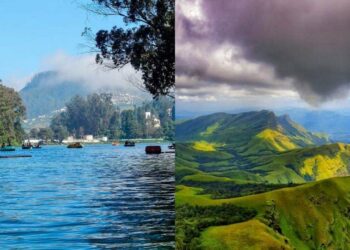