Veteran singer SP Balasubramanyam is currently on a world tour (SPB50) and is in US performing his concerts. He recently took to his Facebook feed, on 18th March and announced that he wouldn’t be performing maestro Ilayaraja’s songs anymore.

According to the reports, the attorney representing Shri. Ilayaraja has sent a legal notice to him, Smt. Chitra and Charan, organisers of the concerts in different cities and the managements of all the venues which prevents them from performing for his songs without his permission, if so, it would pertain to breaking the copyrights law and have to pay huge financial penalties and face legal action.

SPB detailed in his Facebook post that he did not have any idea about such a law existing in the order and that he would abide by the law if it says so. He further added that his son has designed this program and that he has done a lot of shows in India too but he did not face any legal problems from Ilayaraja’s office and that he was ignorant of the law.

He also mentioned that their troupe wouldn’t be performing for Ilayaraja’s compositions and that he would be performing songs of other composers henceforth in the concerts. He further asked not to create any discussions and not have any harsh opinions on any of the artists because of this.

This duo in the earlier times has collaborated for innumerable hits and has always been a part of the cult following of their own. Despite efforts, Ilayaraja’s legal counsel was unavailable for comments on the maestro’s views on this issue.

SP Balasubramanyam has debuted in 1966 and sung over 40,000 songs in different languages. He was honoured with Padma Bhushan in 2011 and has bagged many National Awards. 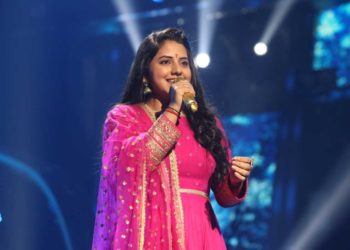