Pooja Hegde is celebrating her 31st birthday today. With social media buzzing with the film fraternity wishing her, fans have been left amazed with the success spree and the number of projects she is working on. Garnering national attention, she is currently working with the who’s who of the film industry and all at the same time. With Most Eligible Bachelor scheduled to release in the theatres on 15 October, 2021, here are the several other upcoming movies of Pooja Hegde in the pipeline.

Pooja Hegde and Akhil Akkineni-starrer Most Eligible Bachelor is first up on the list. Directed by Bhaskar of Bommarillu fame, this romantic-comedy has Akhil portraying an NRI while Pooja is essaying the role of a stand-up comedian in the movie. The movie is reportedly about an NRI’s quest to find a match for marriage. Most Eligible Bachelor starring Pooja Hegde is all set to hit the theatres on 15 October, 2021.

The Queen of every heart! ?♥️
Here’s wishing our #Prerana a very Happy Birthday! #HappyBirthdayPoojaHegde

Radhe Shyam is directed by Radha Krishna Kumar and has been shot simultaneously in Hindi and Telugu. The period romance drama, set in 20th century Europe, casts Pooja Hegde and Prabhas in the lead. Veteran actress Bhagyashree also returns to the big screen via Radhe Shyam. The movie was originally slated to release on 30 July, 2021 but eventually got delayed due to the pandemic. The last schedule of the movie is yet to be shot.

Acharya is an upcoming Telugu action-drama starring the father-son duo Chiranjeevi and Ram Charan. The movie has been entirely shot in Hyderabad. Acharya was scheduled to release on 13 May, 2021 but was eventually postponed due to the Covid-19 pandemic. The movie also stars Kajal Aggarwal and Pooja Hegde as the female leads. Directed by Koratala Siva, the new release date of Acharya is yet to be announced.

You may call her … “Sridevi“
“ButtaBomma” or “the most eligible bachelor “ she fits into everything and anything … happiest birthday to the most sensible and passionate actress @hegdepooja … can’t wait to work with you dear … have a blast ???? pic.twitter.com/B97giLrzNJ

Harish Shankar after working with Pooja Hegde in DJ Duvvada Jagannadham and Gaddalakonda Ganesh, has decided to cast her once again opposite Power Star Pawan Kalyan. Not much has materialised out of this film. Only a title poster of Bhavadeeyudu Bhagat Singh has been out as of now.

Pooja Hegde is making her Kollywood debut with the film Beast. Starring opposite Vijay Thalapathy, this film is directed by Nelson Dilipkumar. Music for this Tamil film is composed by Anirudh Ravichandran, cinematography by Manoj Paramahamsa. Reportedly, this film is expected to wrap up soon and will be released in the theatres in 2022.

The untitled Pooja Hegde and Mahesh Babu starrer, SSSMB28, marks the second collaboration of the male lead and noted film director Trivikram. This film will also be the second one the two lead actors are coming together for. Earlier the two were seen together for Maharshi. The music director for SSSMB28 is S Thaman.

Pooja Hegde is also part of Rohit Shetty’s multi starrer film Cirkus. Alongside the birthday girl, this film also stars Ranveer Singh, Varun Sharma, and Jacqueline Fernandez. Cirkus is an official adaption of the 1982 movie Angoor, which is based on William Shakespeare’s The Comedy of Errors.

Last on the list of the pan India superstar’s upcoming movies list is Salman Khan and Pooja Hegde starrer Kabhi Eid Kabhi Diwali. She will be starring opposite Salman Khan for the first time. In an interview, this birthday girl was also heard sharing that she is nervous to act with the Bollywood star. This film is directed by Farhad Samji. Radhe Shyam set for OTT release, here’s how it performed at the box office 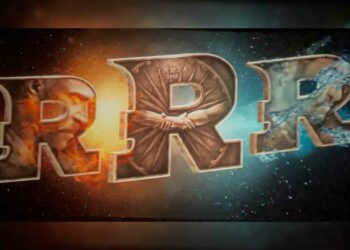