An unidentified body which has been found on the coast of Bheemili beach was later identified to be the corpse of a student from GITAM (Deemed to be University) in Vizag.

Pappala Ramu, a 21-year-old boy from Eluru, was pursuing his final year of B.Tech in ECE department and resided at a hostel in the city. To attend a family event in his hometown, Ramu left the city on August 14 and returned to the city a week later.

All of a sudden, the boy went missing after having lunch at the hostel mess on August 23. Three days later, his body was found near the Bheemili Beach.

Ramu’s father owns a Kirana shop in Eluru while his mother is a housewife. After the investigation, the police found out that Ramu committed suicide due to depression. The police are investigating further to know the reasons behind the suicide.

The postmortem was conducted at the Bheemili Government Hospital and the case has been undertaken by CI S Balasuryarao. 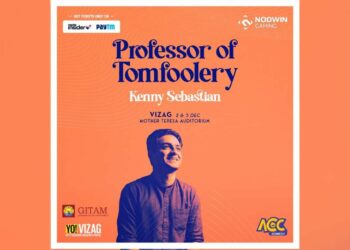