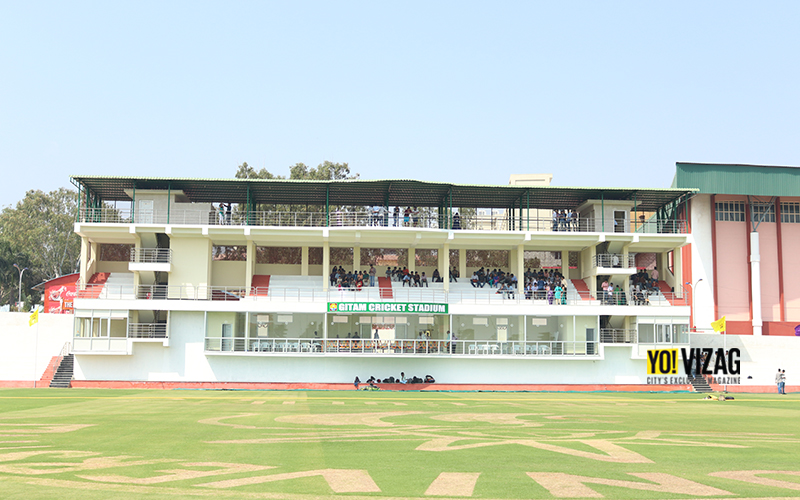 It was a morning to celebrate at GITAM (Deemed to be University) in Visakhapatnam as the campus welcomed a new facility into its wings. The authorities inaugurated the GITAM Cricket Stadium within the college premises amid visibly pumped up students and young cricketers of the college.

Speaking at the event, M.S.K. Prasad appreciated the officials for establishing a picturesque cricket ground in Visakhapatnam. He further highlighted the importance of infrastructure for churning out top-class players and hoped the new Stadium would facilitate the same for the budding cricketers.

Answering the questions posed at him by media persons, Prasad threw light on the scenario of the Indian Cricket Team too. Mentioning that steps were being taken to strengthen the reserves of the team, the Chief Selector informed that the cricketing authorities in the country have groomed as many as six talents in the wicketkeeping department alone.

The former Indian Cricketer also hailed the team for its recent heroics in Australia and New Zealand and exuded confidence that it would do well in the upcoming World Cup as well. Later, Prasad took guard on the pitch as he faced a few deliveries bowled by one of the college players before signing off from the inaugural event of the cricket stadium.

Sri Bharat thanked Prasad and other dignitaries for gracing the event and hoped the newly opened Stadium will fulfill his grandfather and former President of GITAM, MVVS Murthy’s dream of building a top-class sports facility.