Vijay Devarakonda weaves his magic at box office yet again 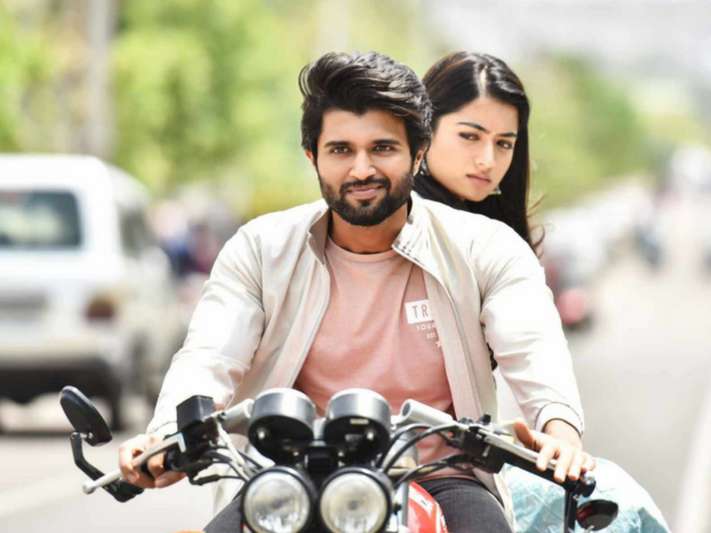 Geetha Govindam, Vijay Devarakonda’s latest film, is standing stupendous in the aspects of both response and collections.

The latest rom-com is winning the hearts of movie lovers around the world and has already crossed the lifetime collections of Vijay’s previous movie, Arjun Reddy. Geetha Govindam went to the screens on August 15th and has made a profit of Rs 28 crore in the first week, while Arjun Reddy movie lifetime profit was Rs 20 crore. The film has collected more than Rs 40 crores already and is expected to bag more in the coming days as well.

The film unit is being applauded not just by the audience but also by the celebrities from Tollywood. Popular heroes like Ram Charan Teja, Mahesh Babu, Allu Arjun, to name a few, have lauded the team for the epic film. While the ace director SS Rajamouli took to his Twitter profile about the film, Mega Star Chiranjeevi graced the success event of Geeta Govindam. Vijay Devarakonda, especially, is on cloud nine for bagging his fourth super hit in a very short time after Pelli Choopulu, Arjun Reddy and Mahanati.

Directed by Parasuram, the film stars Vijay Devarakonda and Rashmika Mandanna in the lead roles. The film revolves around how Vijay Govindam (Vijay), a guy of good ethics, wins the heart of Geetha ( Rashmika Mandanna) after a series of misunderstandings. The film was produced by Bunny Vyas under the banner of GA2 pictures.