International Day of Yoga (IDY) was celebrated at Eastern Naval Command (ENC). The Sunrise Command and the largest Military Command of India in terms of geographical spread, where over 18,000 naval personnel including defence civilians and their family members enthusiastically participated in Mass Yoga programmes on the occasion of IDY.  ENC had the unique opportunity of practising “Yoga across the Ocean” wherein INS Sahyadri located close to Hawaii in the central Pacific Ocean, and IN ships Kamorta and Shakti flying the flag of the Fleet Commander on Deployment to the Western Pacific Ocean were the first Indian units to celebrate the IDY. Personnel onboard other ships and submarines at sea also practised Yoga as part of the celebration. At Vizag, Vice Adm Karambir Singh, Flag Officer Commanding-in-Chief ENC joined personnel of Eastern Fleet during the Yoga session. All units under the Eastern Naval Command spread across the Eastern Seaboard from West Bengal to Tamil Nadu participated in various Yoga related activities. Special Yoga sessions were also conducted in unique forms and places including  Aqua Yoga in the swimming pool, underwater  yoga in submarines, MARCOS yoga on the waves, Beach yoga at Adyar at Chennai, Divers Yoga in the sea, Yoga at Lotus Pond in Kattabomman, Thirunelveli,  on the banks of Hooghly River with Vidyasagar Setu as the backdrop, Airfield Yoga at INS Dega, Hilltop Yoga at Dolphin Hill in Vizag,  Drill Yoga on the Parade Ground at INS Circars, Sky Yoga onboard a patrol aircraft in the Bay of Bengal, Yoga in Hospital at INHS Kalyani and Yoga in  residential cum community centres etc. Special yoga related quizzes and competitions, lectures by yoga experts for adopting Yoga as a way of life were also organized as part of the IDY. 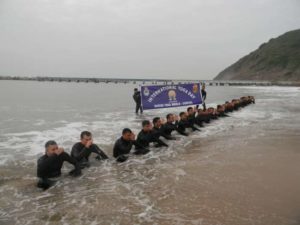 With an aim of promoting Yoga as a way of life, ENC has been organising various yoga training events and camps. In addition, Yoga has also been made an integral part of morning fitness routines being carried by all units of ENC and not limited to the IDY alone. In order to introduce the benefits of this ancient art to young children, Yoga is being conducted regularly and has also included in their curriculum in schools under the ENC. All personnel resolved to make yoga a way of life. 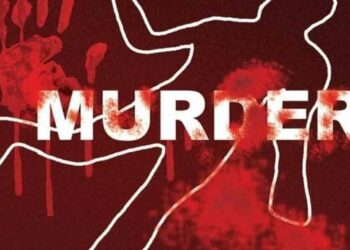