Women’s health, though being a very natural topic, is not so openly discussed in society. This leads to many beliefs surrounding women’s health. While a few of these might be based on sound logic, others turn out to be results of mere myths and baseless assumptions, causing ambiguity over several topics. In this regard, team Yo! Vizag approached Dr MNV Pallavi, the chief obstetrician, and gynecologist at HER Clinic, Vizag, and discussed various myths that surround women’s health.

A theory states that menstruating women, who live in close proximities, eventually synchronise and get their periods at the same time. This is called ‘The McClintock Effect’ named after the author of a research paper on the same published in 1970.

“There were studies conducted earlier which stated that women who lived together did in fact start to menstruate at the same time. The pheromones released by the body during the time were said to influence this phenomenon. However, we await the latest studies to know more and this myth cannot be debunked yet,” informs Dr Pallavi.

With a growing number of women falling prey to PCOS/PCOD, they also fear that they wouldn’t be able to conceive a child of their own.

“PCOS/PCOD show different effects on different women. While a majority of such women do face difficulties to bear a child, we cannot say for certain that everyone suffering from this ailment is infertile,” says Dr Pallavi.

#3 Breast Cancer is only hereditary

In general, it is assumed that a woman becomes a victim of Breast Cancer only if there is a history of the said ailment in her family. However, this is a myth and there are various other factors that might lead to Breast Cancer.

“It is true that a history of Breast Cancer, especially on the maternal side, increases the chances of a woman to develop the ailment. However, it is important for women to get screened for Breast Cancer annually,” the expert gynecologist says.

Considering the biological aspect of women’s reproduction, it is believed that conceiving during periods is not possible.

Shedding light on this, Dr Pallavi shares, “Usually yes. Women are not likely to conceive during menstruation. However, there is a possibility of spotting which happens during fertilisation of an egg, and women should not confuse it for regular periods. It is advised they consult a doctor in such cases.”

There is a misconception that consuming birth control pills will eventually leave you infertile. According to Dr Pallavi, this is absolutely false. In fact, she suggests following such contraceptive practices.

“Terminating an unwanted pregnancy is always more harmful than being on birth control. Taking contraceptive pills doesn’t affect the reproductive system. There are different doses recommended for different women. One must consult a doctor on which practice suits them best,” the doctor says. 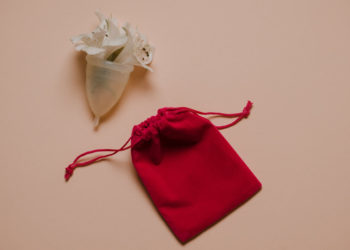