Arrival of Cyclone Vardah in Visakhapatnam (Vizag) - Yo! Vizag 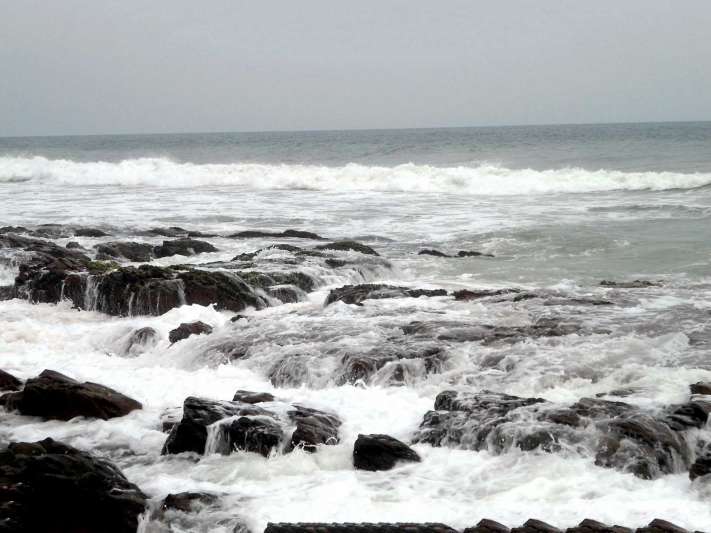 The Joint Typhoon Warning Centre [JTWC] informed that the tropical cyclone 5B named as cyclone Vardah, formed in the south eastern Bay of Bengal had maximum sustained winds of tropical storm and was moving towards the Indian subcontinent.

The tropical cyclone 5B was believed to strengthen over the coming days and would reach the southern coast of the India by this weekend. Reports have claimed that deadly flash floods have occurred as a result of heavy rain in southern Thailand and it will soon reach India in the coming few days. National and International weather models, including the IMD’s numerical weather prediction have estimated that the cyclone Vardah will meet the Indian land somewhere near the central Andhra Pradesh coast line.

This tropical storm is located 1,180 south southeast of Visakhapatnam and is expected to bring rain in coastal Andhra Pradesh on the coming Saturday. The wind speed of the cyclone is expected to be around 45-55 kmph and will prevail most likely from 10th December 2016. Moderate rainfall and rough sea conditions are being expected. Hence, fishermen are warned not to venture out to sea this weekend and those who are already at sea have been asked to return by Saturday morning.

The Collector of Visakhapatnam, Pravin Kumar, is actively participating in the precaution measures against the cyclone Vardah and directed the civil supplies officials to ensure sufficient stock of commodities in case of any causalities. He also asked the Navy personnel to keep 20 rescue boats ready and asked the police and NDRF forces to be prepared for heavy rainfall.

A control room has been set up with a toll free number – 1800-425-0001 at the collectorate. On Wednesday and Thursday afternoon, mostly dry weather prevailed over the coastal Andhra Pradesh.

The weather report for Sunday & Monday according to Accuweather.