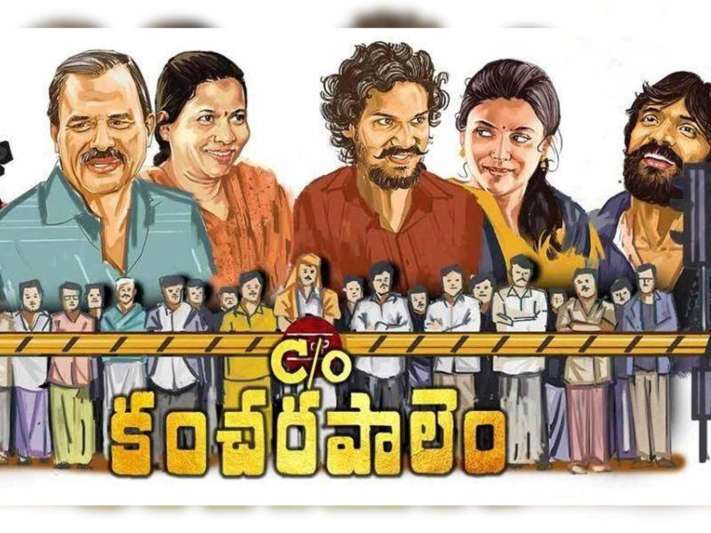 The much-awaited Telugu film, C/o Kancharapalem hit the screens this Friday and if the early reviews are anything to go by, the Telugu cinema audience looks deemed for something really special.

Directed by Maha Venkatesh and produced by Rana Daggubati, the film tells us the stories of four lives from Kancharapalem. Being hailed for its simplicity and a beautifully woven message, C/o Kancharapalem is busy impressing the audience and critics alike and seems to possess all the right ingredients to emerge as a cult classic.

While the likes of SS Rajamouli and B Sukumar had already spoken great things about this film, a few other celebrities from the T-town have formed the camaraderie. Actors, directors and ardent film followers have taken to social media to express their love for C/o Kancharapalem and encourage others to appreciate the film.

Director Sekhar Kammula said, “Watched C/O Kancherapalem. I haven’t seen a telugu film like this since years. I am not able to think of anything apart from superlative praises. AWE’STRUCK. Never felt such an urge to congratulate a Director in the recent past.”

“I salute @venkateshmaha25 and @paruchurimd for bringing us this great work of art called C/O Kancherapalem, all the actors for living their parts and Thanks @RanaDaggubati for presenting it. Amazed at the director’s love for his characters. Amazed at his storytelling. Amazed at his cinema craft. Amazed at his portrayal of Love, God, life, humanity, religion, woman, survival,” he further added.

Actor Nani’s tweet read, “#CareOfKancharapalem is MAGIC. Made me laugh ,Made me cry and it touched my heart. This one is my favourite film in a long long time. Pure gold! Plz plz plz don’t miss it! (sic).”

While a user tweeted, “C/o Kancharapalem will blow your minds. Don’t miss it (sic),” another said, “#CareOfKancharapalem is now officially in a league of its own. The fact that people stayed in the theater long after it ended, trying to process what they saw, shows the impact this film is having on its viewers.”

So, have you watched C/o Kancharapalem? Share your reviews in the comments below.