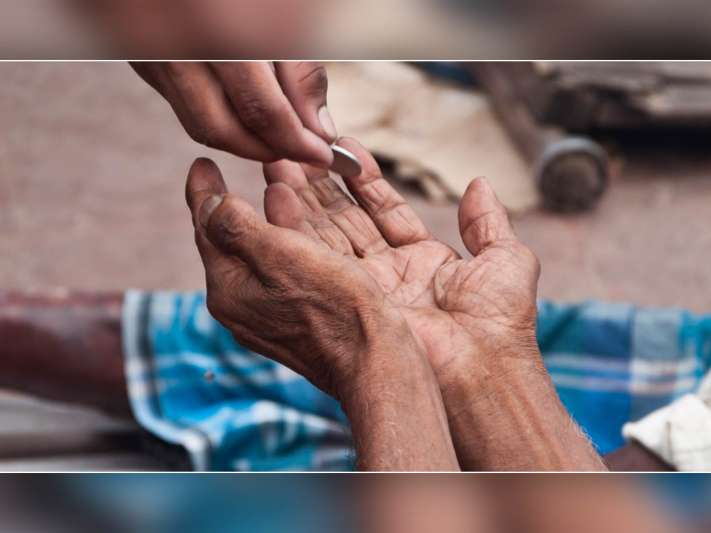 At present when everyone is dealing with demontisation crisis, there is one man who is far away from all this. Is really money matter to him? We can say no…because he had proved it. Yadireddy, a 75 year old beggar has donated silver crown for Kodanda Ramalayam in Mutyalampudu.

Yadireddy is from Nalgonda district of Telangana, has come to Vijayawada as a teenager for the search of work. He had done many jobs for living, later he sticked to drive a rickshaw for about 45 years. As the age increased and the health decreased he started begging on the city streets and outside the temples. But then he realized that he was earning more than what he needed, as he had no family to use money for, he thought to donate it for spiritual purpose.

“Yadireddy has become an inspiration to many as he had sent message that money is materialistic and hence doesn’t matter while good deeds are heavenly”, said by Temple Chairman and MLA Gautham Reddy.

Yadireddy had also donated silver crowns to Sai Baba, before this.He had spent nearly Rs.150,000 for the silver crowns and donated Rs. 20,000 cash for Nitya- Annadanam.