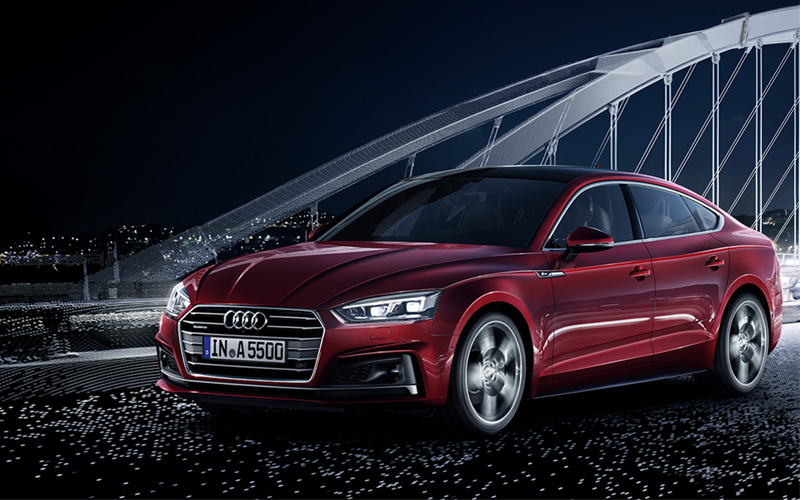 We all know that sooner or later, nature is going to rage upon us. With the number of cars on our roads increasing steadily, pollution is roaring through the ecosystem. Global Warming is a worldwide phenomenon and is already affecting the climate. The biggest culprit? Exhaust gasses from passenger cars. Every day, billions of cars release thousands of kilograms of Carbon-dioxide into the air. The ultimate solution to this problem is for every car on the road is to be electric, thus eliminating the numerous delocalized emissions from car exhausts. The problem, though, is that most of the countries lack the infrastructure to get electric cars on road. Therefore, the only solution to it was to employ hybrid engines to suit the need of the hour.

A lot of car manufacturers have launched hybrid cars in the market. Everyone, from big companies to small ones, wants to do their part in helping eco-conscious consumers do their part. Audi too had jumped on that bandwagon a few years ago, and still continue with cars like the 200-horsepower A3 Sportback e-Tron, a car so brilliant it paves the way for upcoming sporty hybrid cars from the German stable.

Currently, the talk of the town is that the Audi is about to make some changes to its current A5. Audi A5 is already a success in the Indian market, and with hybrid tech driving the car forward, the mileage figures would increase, and consequently sales figures as well.

The new Audi A5 will feature mild hybrid technology, the same that is seen on the 2019 A8 luxury sedan. This tech uses the electric portion of the powertrain to power the car during start/stop traffic conditions, eliminating the need to start the engine when you are stuck between a lot of red lights.

As for the mechanicals of the car, the A5 will still feature a 2.0 TDI turbo-diesel engine. This engine will be capable of generating a power output of 140 BHP and a max torque of 400 Nm. The hybrid tech will boost the power up even higher. The current model is capable of going from a speed of 0 to 100 kph in just 7.9 seconds. Expect the hybrid to be a smidge faster.

It has been estimated that the technology will be capable of saving up to 5% on the fuel costs. This has been achieved because of the new coasting function. The best part though is that all these are just additional features. The main feature will be the brilliant Quattro All-Wheel drive system, which is hands-down the best drivetrain in the world.

Everyone knew that the Audi had been adamant on changes especially after the A4 facelift, although with the A5, they had to do something bigger. With the new addition of the mild hybrid technology under the hood, the car has also gone through some other redesigning. This Audi will also feature a new grille, spoilers, and elements that are just below the headlights of the car.

The German Marque is also developing a fuel-cell-based engine. A concept car was unveiled in 2016 called the ‘h-Tron’. The car is expected to make its way into the market in 2025 and will feature a zero-emission internal combustion engine.