AN 32 Aircraft Missing, The Families Seek Closure - Yo! Vizag

Families Of Those On The Missing AN-32 Aircraft Seek Answers 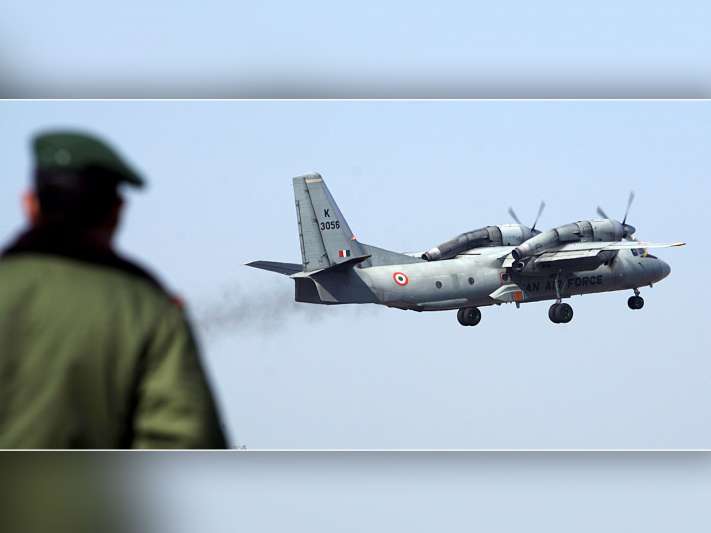 On 22 July, an Antonov AN 32 twin engine turboprop transport aircraft of the Indian Air Force disappeared while flying over the Bay of Bengal. The aircraft was en route from Tambaram Air Force Station in the city of Chennai to Port Blair in the Andaman and Nicobar Islands. The RADAR contact with the aircraft was said to be lost at 9:12 am, 280 kilometres east of Chennai.

Four months have passed since the AN-32 aircraft carrying 29 personnel including eight employees from Vizag based Naval Armament Depot [NAD] have disappeared but still there is no information about the rescue operation carried out for the missing plane. While all the 29 missing person are declared dead by the concerned authorities, there has been no announcement on any kind of compensation or financial support or employment for the bereaved families. The deceased NAD employees were chargeman B Samba Murthy, armament fitters RV Prasad Babu, P Nagendra Rao, Purna Chandra Senapathi, Charan Maharana, trademan mate N Chinna Rao, G Srinivasa Rao and examiner Bhupendra Singh.

The last call from the aircraft was around 16 minutes after the take-off, when the pilot reported that “everything is normal”.

Although there is no proper information about the disappearance of the aircraft, authorities have exclaimed that the reason for the crash of AN-32 can be the rapid Loss of Altitude. The Indian Navy and the Indian Coast Guard launched a large search and rescue operation using a submarine, 12 surface vessels and 5 aircraft but no progress can be seen on the concerned issue.

The plane also had an emergency beacon locator which is activated when there is a crash but no underwater signals were tracked by the Navy submarine. A Geological Survey of India [GSI] ship may have stumbled upon possible debris of the missing plane in deep sea 200 nautical miles off Chennai. Oceanographic research vessel, RV Samudra Ratnakar, found ‘linear pieces’ over a 4,500-sq km area underwater. However there is no clarity if the pieces belong to AN-32 aircraft.

The defence employees’ unions convened on Tuesday and decided that they will appoach the people’s representatives and the defence ministry about the same. They will be staging a protest soon as the government is yet to declare ex-gratia to the deceased families. There was no judicial enquiry into the issue, there was only a departmental enquiry about the missing flight that had experienced technical snags even before. There are reports that the NAD authorities have asked the families to sign a no objection letter and are in no hurry to compensate the families anytime soon.