While miniTV might have a slew of things for you to watch, from standup comedy videos to fashion videos to web series, its short film collection is something to revel in.

Here are 9 amazing short films that you can watch on Amazon miniTV:

Not to be confused with the world-renowned Altered Carbon series, this is a sci-fi short film set in the year 2067. It stars Nawazuddin Siddiqui as a man who has come from Mars and Jackky Bhagnani as a human who survives on an artificial heart. This 24 minutes short film depicts a futuristic world where carbon dominates and oxygen has been commercialised.

Starring Shabana Azmi and Anmol Rodriguez, this short film brings together the worlds of two women – a lonely Parsi widow and an acid-attack survivor and explores all that they have in common. This 20 minutes short is one of the films we should all watch on Amazon miniTV and learn to keep living no matter what.

Depicting the rural suburbs of India, this short delves into the lives of two sisters who have moved to a small town with their father. They miss their old city, Mumbai, and want to return to it. Hence, they decide to find a job for their father in Mumbai so that they can move back. This 24 minutes short stars Virti Vaghani and Bhairavi Raichura.

With a star cast of Sanjay Mishra and Anupriya Goenka, this short film tells the story of an old man who is trying to reunite his broken family. It’s a heartwarming story of a man’s love for his wife and his family and Sanjay Mishra excels in this role. Released in 2020, this is one of the must-watch Hindi short films and is about 21 minutes long.

Set in a parallel world, this short film revolves around a professional cuddler in Bengaluru who shares his process and how society views his profession. It stars Sanjay Suri as the cuddler and Eisha Chopra as the journalist who is interviewing him. This short is 20 minutes long and is a must-watch for all the parallel universe theorists.

Surrounding the famed traditional Maharashtrian snack Kanda Poha, this short film portrays an arranged marriage setup where a man and a woman meet and explore the prospect of marrying each other. Starring Ahsaas Channa and Tushar Pandey, this short film was released on Valentine’s Day 2020 and is now available to watch on Amazon miniTV.

With Transistor, viewers get to watch a love story in the times of the 1975 Emergency. Mohammad Samad of Chhichhore fame and Ahsaas Channa star in this short film of a relationship between two teenagers and the transistor that brings them together. The film holds a rating of 8.7 on IMDb.

This romance short film explores the life of a single parent who has fallen in love with a neighbour whom he has only caught glimpses of. Instead, he has been smitten by her personality and way of living. This short film has Amit Sadh and Sushma Seth portraying the lead couple.

Amazon has been pushing for more and more content on its various platforms, like recently launching Prime Video Channels. miniTV is one such attempt from Amazon to encourage Indian content. It houses content produced by TVF, PocketAces and many other ventures. 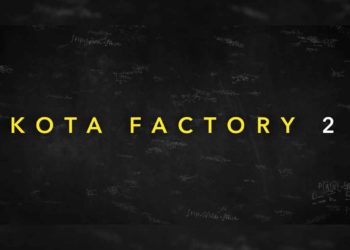