8 Entertaining IPL matches that were hosted by Vizag

8 Entertaining IPL matches that were hosted by Vizag 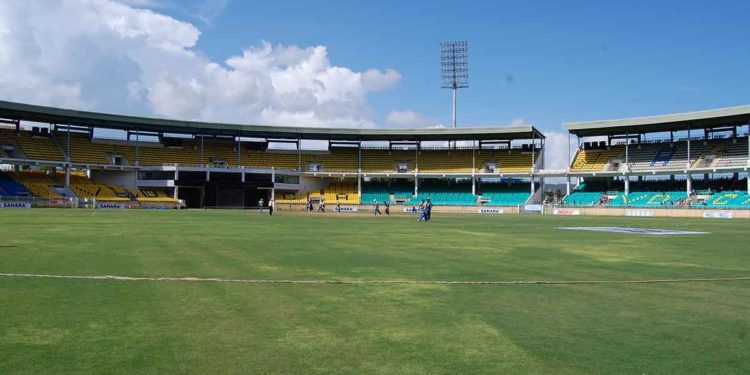 It’s truly unfortunate that Vizag is not hosting IPL this year. With so many new stadiums in India (including the largest stadium in the world), Vizag doesn’t easily get matches any more, despite its great record. So, the cricket-lovers in Vizag savour every rare IPL match that is played here, enjoying their favourite cricketing stars cross off. Vizag has had some thrilling as well as one-sided IPL matches. We have witnessed an MSD special, a Hitman Rohit Sharma innings, a Jadeja all-round performance and many more amazing moments here.

Well, it looks certain that Vizag won’t be hosting any IPL matches this season and even if it does, we, the fans certainly won’t be able to go to the stadium and watch them. But we can certainly reminisce about some of the blockbuster IPL matches that have happened in Vizag.

Here’s a list of 8 amazing IPL matches that have happened in Vizag. Check it out and try to remember which ones you’ve watched live.

While this match between the eventual champions Chennai Super Kings and Deccan Chargers was a one-sided one, it is remembered for Ravindra Jadeja’s all-round performance. First, he made 48 runs off 29 balls as CSK put up 193/6. Then, he rocked the Chargers batting lineup with a 5-16, as Deccan Chargers collapsed to a paltry 119. It was truly a sign of things to come as Jadeja went on to become one of India’s most important players.

This IPL match at Vizag was a thriller in the respect that it went down to the very last ball. While DC could only post 138/9 in their 20 overs, the Mumbai chase got off to a rocky start, as they lost 2 wickets for just 10 runs on the board. Then came Rohit Sharma, who steered the chase with a charismatic 50-ball 73 and won it for MI with a last-ball six.

Another low-scoring IPL match in Vizag, this game between Sunrisers Hyderabad and Rajasthan Royals also went down to the wire. On a tricky pitch, the Sunrisers could only post 127/5 in their 20 overs. In reply, the Royals got off to a steady start, scoring 64 runs for the first wicket. But then, Sunrisers roared back into the game with a few quick wickets. Albeit, it was too late as Royals crossed the finish line with 6 wickets in the bank.

Delhi Daredevils and Sunrisers Hyderabad have played out some really close games over the history of IPL. This was one such game that was closely fought and DD came out on the top in the end. A young Shreyas Iyer played a 40-ball 60 and had a great partnership with JP Duminy who scored 54 off 41 deliveries, to post 167/4. When the Sunrisers came to bat, they needed 168 to win but kept losing wickets at regular intervals to fall short by 4 runs. JP Duminy chipped in with the bowl as well, picking 4-17 and deservedly won the Man of the Match award.

Due to the 2016 water crisis in Maharashtra, the home IPL matches of Rising Pune Supergiants and Mumbai Indians had to be moved to Vizag. This created a unique scenario where Rising Pune Supergiants, being the home side, had minuscule crowd support in their match against Sunrisers Hyderabad. In a closely fought low-scoring game, Sunrisers merely posted a total of 137/8, with Adam Zampa picking 6/19. But turns out, that total was enough as they defended it and won by 4 runs. Zampa got the Man of the Match for his 6-fer.

This was a very one-sided game where one team scored over 200 and the other couldn’t even get 150. But this match is remembered for Krunal Pandya’s 86 off 37 balls which completely took apart Delhi’s bowling. In reply, Delhi was never really in the chase and bundled out for 126, Krunal Pandya also picking up 2 wickets.

Arguably the best IPL match to have taken place at Vizag, Punjab dominated this game, first, by notching up 172/7 and then, picking wickets upfront. But then, Mahendra Singh Dhoni came to the crease and turned the game around. The match went down to the last over where MSD hit a 23-run over off Axar Patel that included a typical Dhoni last-ball six. He ended with 64 runs off 32 balls and single-handedly defeated the Kings XI Punjab.

It was the first time Vizag was hosting a playoff match of IPL. Going into the game, Sunrisers Hyderabad were the favourites as they were playing on their second home. Sunrisers batted first and put up 162/8. In response, Delhi Capitals got off to a great start, with Prithvi Shaw scoring 56 off 38 balls. Then, Rishabh Pant took over and took the crowd’s hopes away with a 21-ball 49. But then, his wicket fell and a mini-collapse ensued. In the end, the Capitals barely scraped off to victory and took their place in Qualifier 2.