However big and mighty, Bollywood had its fair share of pandemic woes. In the midst of hue and cry amongst the filmmakers, on 25 September, 2021, Chief Minister of Maharashtra, Uddhav Thackeray announced that the theatres will finally open from 22 October, 2021. Considering that Maharashtra is the largest territory for Bollywood films, overnight, 14 film producers rushed to block their release dates. With Sooryavanshi cajoling the other filmmakers, here are the 5 upcoming Bollywood theatrical releases that will finish 2021 on a high note

John Abraham and Divya Khosla Kumar starrer Satameva Jayate 2 is an upcoming vigilance action film. It is a sequel to the 2018 film of the same name. The plot of the film revolves around the fight against injustice and misuse of power. For the unversed, Satyameva Jayate 2 has been given the U/A certification.

Tadap is a Bollywood film based on the Telugu language film titled RX100. Starring Tara Sutaria and Ahan Shetty, this film’s promotions have been setting major casual wear fashion trends. The plot of Tadap revolves around unforeseen circumstances that threaten the relationship of star-crossed lovers.

Chandigarh Kare Aashiqui is a romantic drama film directed by Abhishek Kapoor. It stars Vaani Kapoor and Ayushmann Khurrana. A brand new song from the film titled Tumbe Te Zumba released on Thursday and Twitter India can’t have enough of it.

The movie 83 is a biographical sports drama based on Kapil Dev, one of India’s most celebrated persons in the history of Indian cricket. It stars Ranveer Singh and Deepika Padukone among others. The storyline focuses on the historic win of India in the 1983 Cricket World Cup under the captaincy of Kapil Dev.

Jersey.Releasing in theatres on 31st December 2021. This one is the most special yet. Can’t wait to share it with you all. pic.twitter.com/y7t7HJkyGI

The last on the list of upcoming Bollywood theatrical releases is Jersey. It is a sports drama written and directed by Gowtam Tinnanuri. This Telugu original is being remade in Hindi and stars Shahid Kapoor in the lead. The plot revolves around an ageing cricketer who faces odds to fulfil his desire to represent the Indian Cricket Team and to fulfil his son’s wish. 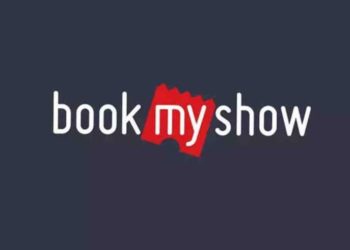