Share on FacebookShare on TwitterShare on WhatsAppShare on TelegramShare on Email
Stylish Star Allu Arjun celebrates his 37th birthday today. Stemming from a filmi family, this entertainer has certainly lived up to his name. Right from Gangotri (2003) to this year’s blockbuster Ala Vaikunthapurramlo, there are a number of Allu Arjun must watch movies.
Today, the actor took this occasion, as an opportunity, to announce his next film titled ‘Pushpa’ – directed by Sukumar. While we can only wait for the next snippets of the movie to come in, here are the 5 must watch movies of Allu Arjun that you just cannot miss! Arya was a game-changer in Tollywood on many levels. Be it with the treatment of a love story or the portrayal of a leading man, Arya was a trend-setter. When Telugu films were all about idealistic can-do-no-harm, heroes, here came a slightly annoying, child-like, less-than-perfect ‘hero’ who was endearing nonetheless. AA even showed off his immense dancing skills in this flick that turned into a domino effect with his subsequent hits. Vedam directed by Krish Jagalramudi also starred Manchu Manoj and Anushka Shetty in parallel stories. The movie follows the life stories of three different individuals and how their lives get linked together due to a terrorist attack. Bunny, as he is fondly called, plays a young impostor trying to fit into the high society of urban Hyderabad. With music from MM Keeravani and hits like ‘Rupai’ and ‘Emi Chusi Nanu Mohisthivi’, Vedam is a strong movie on all fronts. Julayi – directed by celebrated director Trivikram Srinivas is the first movie in the actor-director combo that worked out massively well at the B.O. The movie follows the life of Ravi – who believes in making a quick buck, unlike his sincere, hardworking father. He then proceeds to get himself into trouble through the course of the movie and realizes that his father was in fact, correct. The movie featured iconic comedy sequences between veteran actor Rajendra Prasad and Allu Arjun – watch this one for the laughs. Allu Arjun and Shuthi Haasan’s first outing – Race Gurram was a blockbuster hit at the B.O. Featuring memorable comedy sequences between the duo and Prakash Raj, Race Gurram wins a spot on our watch list for having a high repeat value. Complete with high-energy numbers like ‘Cinema Choopistha Mama’ and ‘Race Gurram’ sung by the amazing Usha Uthup, Race Gurram made us go ‘Devudaa’ (if you know, you know.) 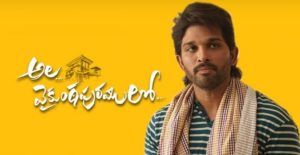 AA’s latest and arguably the biggest hit so far – Ala Vaikunthapurramlo stars Pooja Hegde in the lead alongside Bunny. The stylish actor took his game a notch higher with his classy outfits in this one. AVPL follows the story of ‘Bantu’ – a middle class guy who has issues with his father. When he discovers the truth about his identity, he scrambles to make things right – in classic Allu Arjun style. Even the fights in this one are stylish, fitting for the talented actor.
Tags: Allu ArjunAllu Arjun Mollywood Moviesmalayalam moviesmust watch movies of Allu Arjunsukumartollywood moviestollywood must watch movies
Share111Tweet69SendShareSend If you loved Jana Gana Mana, watch these Malayalam movies on Netflix now