Home » Entertainment » World Book Day: 5 book that will help you change your point of view in life

World Book Day: 5 book that will help you change your point of view in life As Descartes puts it- “the reading of all good books is like a conversation with the finest people of the past centuries.” Reading a book is a profitable habit in any aspect as it results in gaining knowledge. Time stands still when a book is being read and it immediately transports you to another time and world. There are a million books to read and some books have the power to change your perspective in life. The World Book Day and Copyright Day is observed on 23rd April to promote reading habits, publishing and copyright awareness by the United Nations Educational, Scientific and Cultural Organization. The day was selected to commemorate the birth and death of many prominent writers on this same day. This day is widely celebrated all over the world by organising collective reading sessions, book fairs and so on.

Growing up, all of us would have received many book recommendations. However, there are certain books and authors that dominate these recommendations over and over again. Here are our top 5 popular, must-read books that will definitely change your perspective in life.

1. The Vegetarian by Han Kang 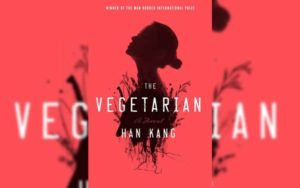 The Vegetarian is a three-part novel first published in 2007. The novel was not very well received by the South Korean audience. But the second and the central part of the book- the Mongolian Mark won the prestigious Yi Sang Literary Prize and has been translated to at least 13 languages. The novella includes a variety of themes that the characters undergo.

2. To Kill a Mocking Bird by Harper Lee This classic American Literature is one of the favourites among literature graduates. It is widely recommended in high school. The book was published in 1960 and instantly became successful in winning the Pulitzer Prize. The novel is humorously amusing and
also deals with underlying themes of rape and racial inequality.

3. The Book Thief by Markus Zusak Adapted into a feature film in the same name, the book became instantly successful right after it was published in 2005. Death is the prominent theme in the novel and the story takes place during World War 2. The theme of love is a prominent underlying theme in the book.

4. The Alchemist by Paulo Coelho 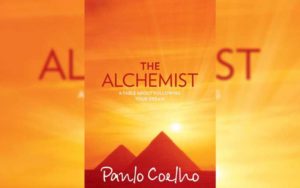 By the famous Brazilian author, The Alchemist has become a widely translated international bestseller. This famous novel was only written in two weeks of time and Coelho explained that he wrote at this pace, as the story was “already written in his soul.” Paulo Coelho to his acclaim has published many famous books but The Alchemist to this day remains his best work.

5. The Kite Runner by Khaled Hosseini The first novel by the Afghan-American author became widely successful. The novel is set against a backdrop of a variety of events and has seen a number of adaptations following the publication. Khaled has resonated a variety of themes that are universally found in Afghanistan like friendship, betrayal, guilt and redemption.