Your perfect partner if its too hot to step out! As we reach the end of April and move towards May, the temperatures seem to rise higher and higher. The hot summer is making it difficult for us to step out and hang out with friends. Do not fret because we have you covered with a list of web series released in April. So what are you waiting for? Grab a tub of popcorn and chill with these entertaining web series.

Here is a list of web series released in April to binge-watch this summer.

Abhay is a psychological crime thriller web series which debuted on the OTT platform Zee5 on 7 February 2019. Kunal Khemu stars as Abhay Prathap Singh, a cop with the brain of a criminal, who goes to any extent to solve the case. Sandeepa Dhar, Elnaaz Norouzi. Vijay Raaz and others play prominent roles in the web series. This web series was directed by Ken Ghosh and the third season was released on 8 April 2022.

The much-awaited sixth season of the spin-off series to Breaking Bad is now out on Netflix. Starring Bob Odenkirk, Jonathan Banks, and Rhea Seehorn in pivotal roles, this series was created by makers of Breaking Bad, Vince Gilligan and Peter Gould. The sixth season consists of 13 episodes and premiered on 18 April. Fans are speculating that this season will have guest appearances from the most-loved characters, Walter White a.k.a Heisenberg and Jesse Goodman.

Elite is a thriller drama series created by Carlos Montero and Dario Madrona. This Spanish web series revolves around three teens enrolled at an elite secondary school through a scholarship programme. The fifth season of Elite was released on 8 April on Netflix. Elite is also available in English and Telugu languages and has 8 episodes.

Set up in the 1980s Amsterdam, Dirty Lines revolves around a college student who stumbles into an offbeat career. Created by Pieter Bart Korthius, this season stars Joy Delima, Minne Koole, and Chris Peters in prominent roles. This series made its debut on Netflix on 8 April. Dirty Lines S1 consisted of 6 episodes.

Starring Nakuul Mehta, Anya Singh, Suchitra Krishnamoorthi, and others in prominent roles, Never Kiss Your Best Friend S2 is releasing on Zee5 on 29 April. The series was directed by Arif Khan and written by Durjoy Datta and Sumrit Shahi. In the first season, Tanie and Sumer, two best friends, reunite after 5 long years of separation. Season 1 consists of 10 episodes.

Ozark is an American crime drama series created by Bill Dubuque and Mark Williams. The series debuted on 21 July 2017 and the fourth season is set to release on Netflix on 29 April 2022. Jason Bateman, Laura Linney, Sofia Hublitz, and others play prominent roles in the series. Ozark season 4 part 1 was released earlier in January. The whole plot of this series is around a money-laundering scheme. 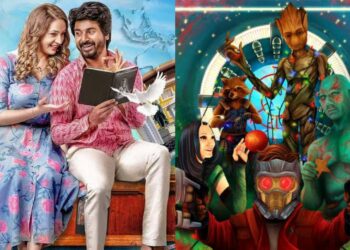