5 exciting movies to look forward to this December

5 exciting movies to look forward to this December The final month of 2018 is here and in the hindsight, all we might have done in the past eleven months only consists of watching movies and more movies. Thanks to some online streaming giants, we never got time to dread how down and out we are, phew! So, continuing this legacy and with a burning desire to end this year on a high with more films, here are 5 exciting movies to look forward to in December.

The hugely-awaited superhero flick by DC Comics will be hitting the screens in India a week ahead of its release in the US. Starring the brawny Jason Momoa in the lead role, Aquaman has already created quite a buzz among the comic-book lovers and it would be no surprise if the marine superhero strikes gold at the BO. 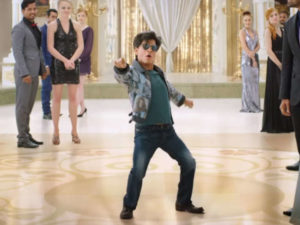 Shah Rukh Khan will be seen playing a vertically challenged man in his upcoming film Zero. Directed by Anand L. Rai of Ranjhanaa fame, Zero also has Anushka Sharma and Katrina Kaif playing other interesting characters. While the former plays a scientist with cerebral palsy, Katrina dons the avatar of a superstar in this romantic drama.

Kolar Gold Fields, a.k.a KGF, has set the internet on fire with its super-interesting trailer. Starring Yash in the lead role, the Kannada film will be releasing in other regional languages of Hindi, Tamil and Telugu as well. After grabbing eyeballs with last year’s Ghazi Attack, director Sankalp Reddy returns with yet another interesting film. Touted to be an exhilarating sci-fi thriller, Antariksham 9000 Kmph is also the first Telugu film to be set in outer space. Varun Tej, Aditi Rao Hydari and Lavanya Tripathi will be seen playing the lead roles in this much-anticipated film.

Simmba comes as the Hindi remake of popular Telugu film Temper. Directed by Rohit Shetty, the film has Ranveer Singh playing a police officer and is expected to treat the audience with some high-octane action sequences akin to a signature film from the director’s canvas.