Top 5 Stand up Comedians in India Born into a middle-class family and raised across different cities in India, helped 25-year-old Kenneth Sebastian develop a keen sense of observation of culture, people and stereotypes, all of which has found its way into his comedy. A graduate from an art school, he dabbled with painting, music, and filmmaking with an editors credit on a feature film before he found his true calling in the form of stand up comedy. Having performed in over 500 shows in the last five years, written and hosted a show on Comedy Central that completed one season and having released four comedy specials online along with India’s first sci-fi comedy web series, Kenneth is well on his way as one of the most popular stand up comedians in India. 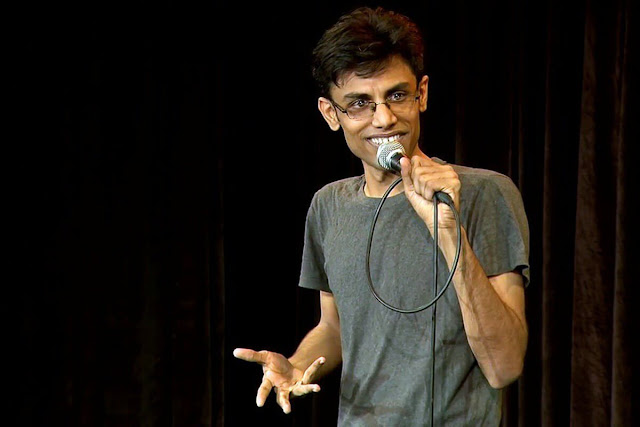 Biswa graduated from IIT Kharagpur with a B.Tech degree in Biotechnology. After graduation, Biswa worked in graphic design, advertising, and software. It was during this time that he met Kanan at an open mic event in Bangalore in 2013. He later quit his job at Oracle in 2014 to become a full-time comedian.

Biswa and Kanan Gill came up with the idea of the Pretentious Movie Reviews, a series of videos which went viral on YouTube. In this series, they review critically panned Bollywood movies.

He started doing stand-up comedy in 2015 and went on his first solo national tour. In 2015, he hosted the Comedy Hunt along AIB and other acclaimed comedians and also did a tour named Biswa Mast Aadmi.He has also created a popular web series call “Laakhon Mein Ek” which released on Amazon Prime Video in October 2017. Kanan was born in Bareilly. His father is an officer in the Indian Army.
He pursued a B.E. in Computer Science at M S Ramaiah Institute of Technology. He was a part of a band where he later became the lead singer when he started writing “funny songs”.
Kanan worked as a software engineer in Exeter Group Inc., for three years. In the meantime, he participated in and won a competition called Punchline Bangalore. He gained popularity with the viral YouTube series Pretentious Movie Reviews. He reviewed critically panned popular Hindi movies along with Biswa Kalyan Rath.Gill made his acting debut in Sunhil Sippy’s Noor alongside Sonakshi Sinha.

Abhish Mathew is widely known for his videos in All India Bakchod and as the star of Son of Abish. He was born on February 28, 1987.Abhish is one of the most experienced and unique comedians in the country. He has worked with various popular Indian comedy companies like East India Comedy and The Papa CJ Comedy.Abhish’s youtube channel has 199,098 subscribers & 14,593,855 views. He has performed internationally from New York to Holland. Abhish is married to Archana Kavi who is an actress. 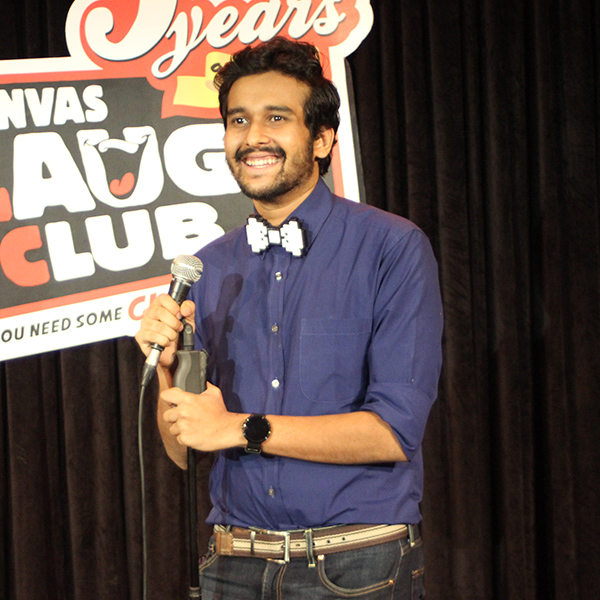 Sahil is one of the founding members of East India Comedy. He’s performed over 600 shows and counting, including performances in New York, London, Singapore and Dubai.
He’s a versatile comedian who can perform for the corporate crowd as well as the college crowd. Apart from comedy clubs and sold out auditoriums, Sahil has performed in multiple college across India and has even given a TEDx talk.

Who is your favorite Stand up Comedian?
Let us know in the comments section below.
This article has been submitted by Syed Salman, a guest contributor.
The views expressed here are solely of the author and not of the organization.
Tags: abish mathewbiswa kalyan rathComedyKanan Gillkanny sebastiansahil shahstand up comediansstand up comedy
Share126Tweet72SendShareSend From UP to AP, how these Vizag Komedians got the crowd laughing