National Disaster Response Force to be set up in Vizag (Visakhapatnam)

National Disaster Response Force to be set up in Vizag 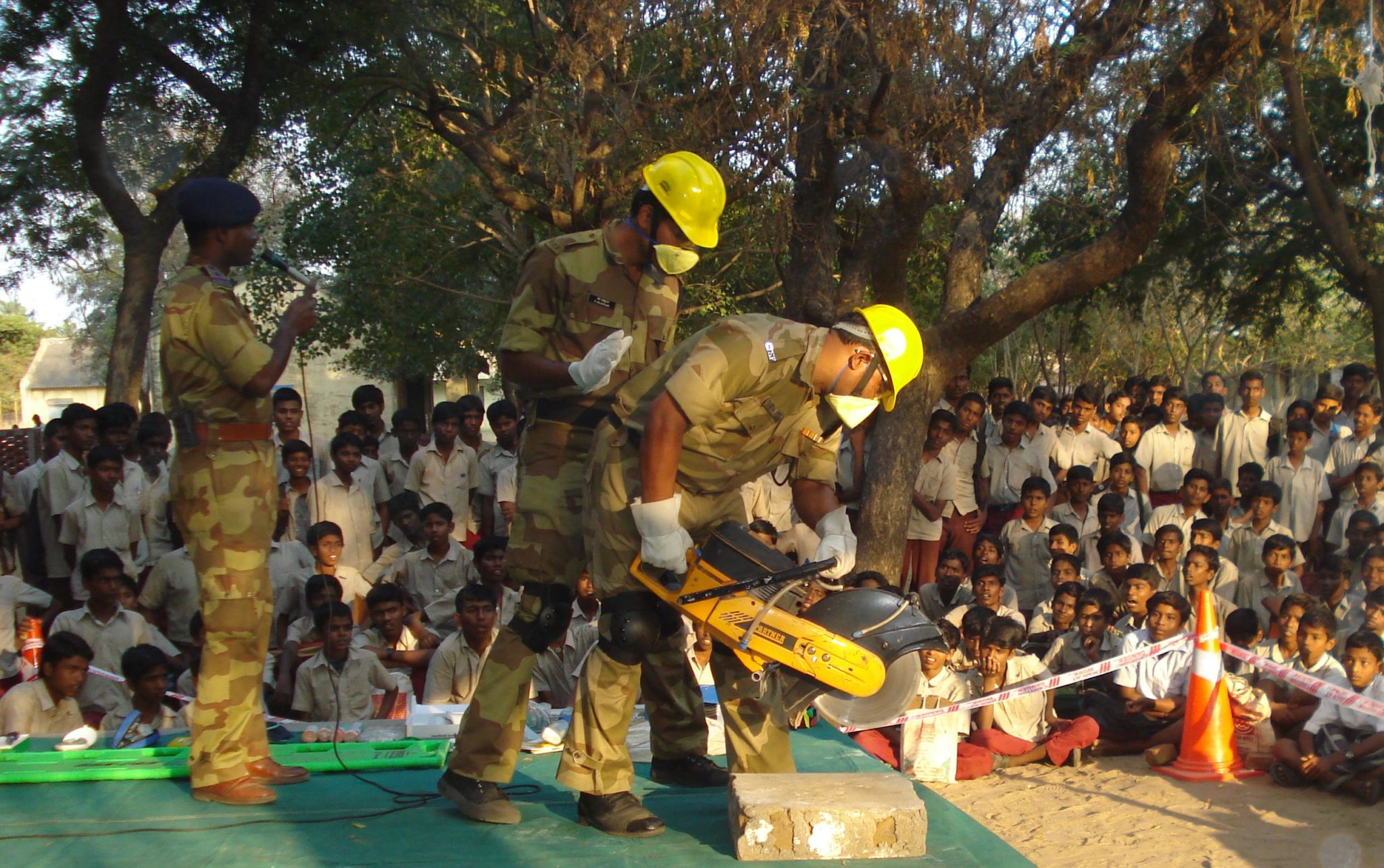 National Disaster Response Force (NDRF) to set up permanently in Vizag, said the State HRD Minister Ganta Srinivasa Rao. The Minister said this during the inaugural of Prakampana (Cyclone in Sanskrit) which was organised by the Eastern Naval Command. This three-day programme was organised to promote Disaster Risk Reduction and is a first of its kind.

Land has already been allotted for the setting up of NDRF. This is being done to strengthen the disaster management wing to meet future challenges. The Minister said that as many as 77 cyclones have occurred since 1991 in the AP coast, the state has 974 km of coast line and has suffered a lot due to it, he also remarked the destruction done by the Hudhud Cyclone in October, 2014.

The Minister said that Andhra Pradesh has been following the guidelines for disaster management. It is essential for a place to act quickly during a natural calamity and provide food, medicine and electricity 48 hours after the calamity. The establishment of NDRF will ensure so.