India Cricket Team’s much-awaited tour of South Africa is all set to get rolling. The men in blue will flag off 2018 on January 5th against a challenging opposition. While the track record on the previous South African tours hasn’t been great, the stakes seem to be high this time under Virat Kohli’s captaincy.

Here are 5 cricketers who hold the key for India to perform well in the Tests against the Proteas starting on Friday. 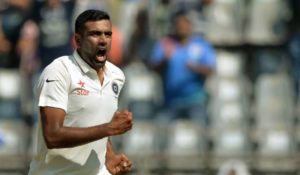 Spearheading the Indian spin attack, Ravichandran Ashwin will once again be India’s trump card when it comes to bamboozling the Proteas batsmen. However, unlike the subcontinent pitches, the South African pitches will offer lesser assistance to the spinners and Ashwin will have his task cut out when gets the red cherry into his hands. Mohammad Shami, with his raw pace and reverse swingers, will hold a key to the Indian bowling attack. From getting early wickets with the new ball to exploiting any reverse swing on offer later on in the innings, Shami can certainly cause a lot of headaches to the South Africa’s batsmen. India’s number 3 has emerged as one of the batting mainstays for the team in the longer format. With a technique which is tailor-made for Tests, Pujara will have to shoulder the responsibility of scoring some big hundreds and help the team post big scores on the board. India’s vice-captain will have to handle the crucial position of No. 5. With an impeccable record overseas, Ajinkya Rahane’s role will be to provide able support to Virat Kohli and Chateshwar Pujara. Jinx, as he’s famously called by his teammates, possesses the skill and grit to face the likes of Dale Steyn and Kagiso Rabada. The kingpin of the Indian side will undoubtedly pose the biggest threat to South Africa. Emerging as one of the greatest batsmen of the modern era, Virat Kohli can prove to be the gamechanger, both with the bat as well as his leadership skills.