The proposed design for the assembly in Amaravati, Andhra Pradesh

In a recent post on the Telugu Desam Party’s official Facebook page, the officials have released 13 designs for the Andhra Pradesh Assembly building that will be constructed in Amaravati. The designs were submitted last month by British architectural firm Foster and Partners.

The Facebook post read, “These are the Proposed ‘AP Assembly’ Designs at Amaravati. Your Feedback is solicited – Please indicate your choice of the design in comments section.”

These designs, however, received mixed reactions from the public. While the majority of them felt it would be an unnecessary expenditure, some felt it is a praiseworthy move taken by the government.

A comment by a user, Vinay Pyda, read, “Go with the options which costs Less. I don’t understand why spending so much on exterior designs. First have one building, we can get the exterior decorations done when our state have Surplus funds. If we have enough funds to build those kind of marvellous structures, pls transfer those funds to improve infrastructure across the state. If possible, build Government Schools & Hospitals like this buildings.” Another user, Aswani Kumar Vemulakonda, said, “Instead of spending so much on buildings, spend for roads and other facilities. Assembly is used just for fighting between parties. Already 3 years gone.. Just wasting time by seeing and selecting designs. No work was started till now.”

Sai Krishna said, “Captial is not like a building ! It should replicate the state range for another 100 years ! So it’s not like constructing 4 Roads and 4 Buildings ! And after losing a capital Hyd it’s a minimum thing to make a best capital ! What CBN doing is absolutely right!”

It is also a known fact that film director SS Rajamouli is being consulted for the architectural designs of the buildings coming up in Amaravati.

Below are the 13 designs put up by TDP on their official Facebook page. 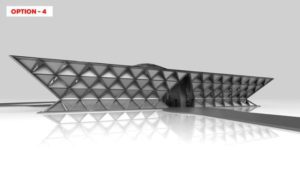 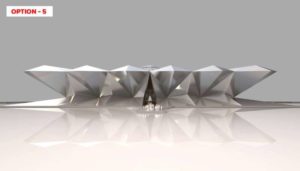