Here are the world’s 5 most valuable companies Given the rapid pace at which digitization is influencing our daily lives, it would be no wonder to know that the world’s 5 most valuable companies fall under the technology sector. Here’s a list of the top 5 companies in the world in terms of the market value. 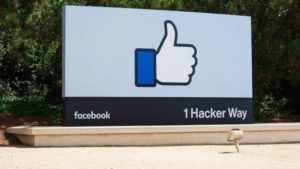 The social networking giant has been creating ripples ever since its inception in 2004. Worldwide, there are around 2.13 billion monthly active users on Facebook with a 14% increase each year. The company, headed by Mark Zuckerberg, is currently valued with a market cap of $521.5 billion. The tech giant is currently placed 4th on the list of the most valuable companies in the world. As per Microsoft, there are close to 1.2 billion people worldwide that use some kind of Office product or service. The Satya Nadella led company is currently placed with a market value of $699.22 billion. The e-commerce giant has recently surpassed Microsoft to emerge as the third most valuable company in the world. The company, which has more than 3 billion users, has a current market capitalization of $702.46 billion. Also, the company’s honcho, Jeff Bezos is the world’s richest man as of now. Google’s parent company, Alphabet, is valued at $745.1 billion and is the second most valuable company in the world. The California based company is currently headed by Sundar Pichai of India and is helping the technological world take major strides. Apple continues to stand out as the world’s most valuable company. Valued at $849.2 billion, this company led by Tim Cook beats its competitors by a huge margin and remains to be the market leader in the technology segment. DevFest Vizag 2022: A door to endless opportunities for tech enthusiasts Top international OTT web series of 2021 to watch this weekend