10 facts you need to know about humanoid robot Sophia 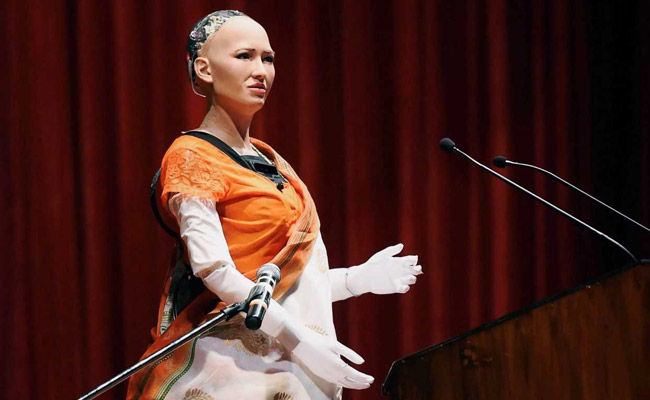 Humanoid robot Sophia has an eye-catching presence, completely bald with a silver back to its head and a curious animated face that is both expressive and not quite human. The mouth smiles, the eyes blink, it turns to look to the side.

Apart from knowing that Shahrukh Khan is her favourite actor, here are a few more facts about Sophia, the humanoid robot.

Not only is she the first robot to get the citizenship of Saudi Arabia, but she also has more rights than any other woman in Saudi Arabia. Sophia has no male guardian and wears no abaya – two restrictions that are imposed on Saudi women.

Sophia is a famous face and she has been invited for a lot of shows such as on ‘The Tonight Show’ and other numerous conferences around the world, including the World Economic Forum and the ‘AI For Good’ Global Summit. She also sang a song, ‘All is made of love’ at GIMC 2016, Beijing.

#3 Sophia has been modeled after Audrey Hepburn 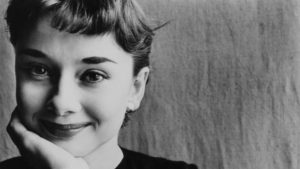 Sophia has specifically been created to replicate the looks of the legendary Audrey Hepburn. She has porcelain skin, slender nose, and high cheekbones, much like Audrey Hepburn. She also has expressive eyes that seem to change color in accordance with light

#4 She has appeared on the cover of Elle magazine The humanoid robot became a sensation by having a photo shoot and appearing on the cover page of the famous Elle magazine.

#5 Sophia wants to start a family and have children

Sophia in an interview says that “family is a very important thing.” She added, “if she has a robot daughter she would name it after her and that she believed that droids deserve to have a family.”

#6 She has multiple expressions

Sophia can grind her teeth when she wants to express anger, and she can also raise her eyebrows.  Sophia has 62 different facial and neck mechanisms to create the natural-looking movements under her patented silicon skin.

#7 Her creator, David Hanson, used to be a Disney “Imagineer”. Hanson’s work at Disney as a sculptor and filmmaker helped him think about robots as four-dimensional interactive sculptures, with artistry being key to the whole design. Hanson Robotics was founded in 2005, and its first robot was Albert Einstein HUBO. Other humanoid Hanson robots are Jules, Zeno(2006), Alice(2008), Philip K. Dick, Han.

#8 She is designed to get smarter over time

She is not only designed to showcase with a lot of expressions but is also designed in a way that she will learn and adapt daily via conversations with humans and other robots, and will keep getting smarter over time.

#9 Sophia can walk now too

Initially, Sophia did not have legs, so she couldn’t move. But later, she has been upgraded with legs and now she can move freely.

#10 Her interest lies in business

She has interests in business and has met industry leaders from banking, insurance, auto manufacturing, property development, media, and entertainment industries.