Home » Visakhapatnam » A recap of all the eleven cover stories of Yo! Vizag magazine this year

A recap of all the eleven cover stories of Yo! Vizag magazine this year As Visakhapatnam took major strides in stamping its authority as one of India’s premier cities, our magazine tried to bring the city’s best to you this year.

As we bring the curtains down on 2017, here’s a recap of all the eleven cover stories of Yo! Vizag this year thus far. Acing not only at school, this young eleven-year-old lad has done the city proud by acing at the All India Tennis too, by ranking in the top ten. A short weekend away luxuriating in the lap of nature, or getting pampered in the midst of lavish cosiness is just the remedy you need. When bogged down by the constraints of time, a weekend getaway from the city is the perfect answer to your woes; and is more significantly, the best way to get away from the stress and tensions of your daily routine. Take a break and recharge your batteries; Yo! Vizag lists out the conveniently located resorts in the vicinity of our city to do just that. Women, they say, are the real architects of society. They not only build strong homes but also strong organizations, cities and nations. They are endowed with the unique capacity to juggle several roles, and they do justice to everything they take up.
This month Team Yo! salutes women. Having chosen to follow their calling, they have carved careers in diverse fields of work, which were once considered male-dominated. And in their own unique ways they have emerged as pioneers, thus setting bright examples for others to follow. 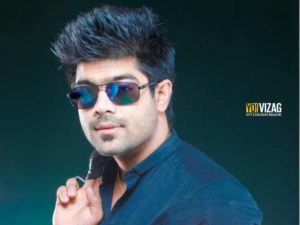 For someone who has had no formal training in music and faces the linguistic barrier of not knowing Hindi, winning the Indian Idol title on national television is proof that passion and hard work can achieve just about anything. LV Revanth Kumar, the Visakhapatnam boy who was crowned the Indian Idol shares his story with Yo! Vizag. Music is the language of the soul. And it expresses itself in diverse ways. From the strings of a veena to the tunes of the flute, from rendering it through words to expressing it through dance, music transcends barriers. It comes through the drumbeats of the tappetagullu and the notes of the violin. And through them all, it speaks directly to the soul, leaving behind a warm and soothing aftertaste.
Visakhapatnam is a city steeped in culture, and doyens from diverse fields lead our precious culture forward. Through the many performances that see packed halls to passing on the talent to young minds, these leaders are as humble as they are great. And as they ensure that the future isn’t deprived from classics, we at Yo! Vizag salute these maestros who make our city richer in more ways than we can imagine. They say age is just a number, a limitation that you put on your mind. But meet these four children and you’ll know how true that statement really is. Whether it be Shanmukha Priya who took to singing, the Tated twins who took to skating or Kaamya, the girl who trekked till the Everest base camp, there was no stopping them. There was no telling them that they were young and so could only achieve success directly proportional to their age.
Pride of their parents and now the city, this month we at Yo! give you a sneak peek into the lives of four young achievers from the city. Whether it be singing, skating or scaling new heights, these kids have shined bright and set examples for others to follow. The adjectives that define our city are growing, and to the pristine and scenic, one can now add adventurous and trail-blazing. From the thrill-rides at Kambalakonda to nature walks in the city, notch up the fun factor with novel activities of camping, cycling, zummering, rappelling and more.
So get into your comfortable tees and trousers, bring out those sneakers, pack a backpack and head to the wide wild outdoors. As the first, Indian all-women crew from the Indian Navy sets sail to circumnavigate the globe, Prachi Mishra presents a candid interaction with the crew to get you exclusively on board the INSV Tarini. Amidst the concrete jungle, where chemicals that kill are sprayed on the food we consume, Visakhapatnam’s green warriors are doing their bit to keep us safe. Hailing from different walks of life, working on the personal level to advising, toiling at the farm to retailing, promoting and even exporting, they are being the organic change that we wish to see in the world. Jaya Siva Murty interacts to bring you the story. Come the cool months, and city dwellers get planning on fun getaways and picnics. After all, this is the season with that light nip in the air and when the sun gets less harsh than before. This is also the time when most of the usual picnic spots get crowded for getaways. Don’t let that dissuade you, for we bring you the best list of amazing things that can be done irrespective of the size of group you have. Here’s the list of experiences to remember. If all the world’s a stage, YouTube is proof that a global audience is watching. However, to engage a viewership from the millions of people across the world is no mean feat. Equally huge is the number of videos available for viewing.
To create a unique presence, offer amazing content, fresh concepts and be relevant is a challenge that only a successful YouTuber can overcome. And to know that our very own city is home to some fascinating talent is a source of joy for us.
With their success measured in the number of subscribers and views, they have, Yo! Vizag introduces you to a few YouTubers from the city who’re raking up a storm in creating some amazing online content. With Harsha and Sabarish already recognised for their laughter quotient, we also introduce you to budding artists from S3L.

You can purchase our magazines here.

PS- The December-January edition will soon be out in the stands and on magzter.