Watch these 5 Telugu movies & web series on Aha this Sunday Telugu OTT streaming platform, Aha has a fan base of its own. However much we love streaming Korean web series on Netflix, or catching up with the latest releases on Amazon Prime Video, the sucker for local language content is an inevitable visitor. Growing from strength to strength, offering exclusive Telugu content, to providing classical and audio dubbed titles, this platform has reached over 1.5 million paid users in a very short span of time. With a slew of releases on this platform, keep at bay the confusion to pick and watch these 5 handpicked Telugu movies & web series on Aha this Sunday.

Parinayam is a romantic comedy entertainer, dubbed from the 2010 Malayalam film Varane Avashyamund. Starring Dilquer Salman, the film revolves around a divorced woman who is hired as a French tutor. This film offers a slice into the life of a single mother and the turmoil she faces in love, life, family, and relationships. This could be one of the perfect Telugu movies to watch this Sunday.

Tharagathi Gadi Daati is a teen comedy-drama web series, remade from The Viral Fever’s web series Flames. The title of this web series is inspired from the song of the same name from the 2020 film Colour Photo. This series revolves around two school-going children who fall in love. It dwells to deliver that love is the ultimate exam one has to pass.

SR Kalyanamandapam is a romantic action film starring Abbavaram, Priyanka Jawalkar, and Sai Kumar. It is set in Rayachoti in the Rayalaseema region of Andhra Pradesh. The plot revolves around a son who tries to repair his relationship with his father. Watch it to know if he succeeds in this endeavor.

Ichata Vahanumulu Niluparadu (IVNR) is a Telugu film based on real life events. It stars Sushanth and Meenakshii Chaudhary in the lead. Vennela Kishore & Priyadarshi are also there in prominent roles. The plot revolves around the roller coaster ride the hero goes on because of parking his bike in a ‘No Parking’ zone. The film is directed by S Darshan. It’s one of the Telugu movies we all raring to watch and it is going to arrive on our laptop screens this Sunday.

The last and but not the least handpicked-hot Telugu movies & web series is an animated series. Maha Ganesha is the first animated original on Aha. This series is a shift from the Marvel and DC superheroes to the grandmother stories of yesteryears. This series tells the various stories of Ganesha’s birth, why he cursed the moon, the rivalry between him and his brother, amongst others. Of the eight-episode in Season 1, four episodes are available to stream on Aha. 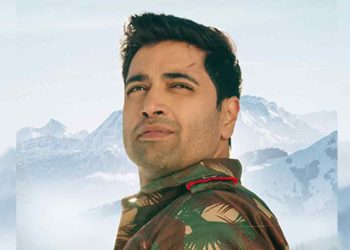 A hit, at last, for this bachelor