Vizag: Eight men arrested for murder of a rowdy sheeter

Vizag: Eight men arrested for murder of a rowdy sheeter On Monday, 19 September 2022, the Vizag City Police arrested eight men accused of the murder of a rowdy sheeter in the Malkapuram area. DCP (Crimes) Naganna, ADCP Gangadharam (Crimes), and ADCP Sravam Kumar (Cyber Crime) held a press conference regarding the same and disclosed the details of the murder case. As per the police reports, the victim, Choppa Hemanth Kumar (25), was a rowdy sheeter who had multiple cases against him at the Malkapuram Police Station.

On 18 September 2022, Hemanth visited a temple in the area with his friend Shyam Kumar at around 10 pm. There, he met eight locals with whom he consumed alcohol later that night. Hemanth and the eight got into a heated argument in an inebriated condition. The victim and two other men in the group previously had several rifts, which rekindled during the argument. Uday Kumar and Prasad attacked Hemanth with knives and stabbed him in the stomach and chest multiple times. They also hit him with a brick, and the latter succumbed to death due to the wounds.

Upon gaining knowledge, the Vizag Police reached the murder spot and interrogated Shyam Kumar, who narrated the series of events. The police then arrested the eight men involved in the murder at the Scindia New Colony. The police also revealed that Uday Kumar had a rowdy sheet against him at the Malkapuram Police Station. They added that the victim, Hemanth Kumar, was arrested twice in murder and theft cases. 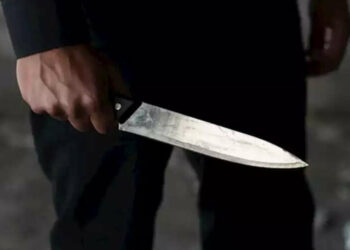