A genre which came to global significance fairly recently is being loved for its storylines and of course the drama. Every month we have been eagerly waiting for K-drama releases just like how we wait for our regional movies. The genre which originates from South Korea has now come up with a few unmissable K-dramas released this month of May.

Here is this month’s K-drama lineup:

This historical K-Drama stars Lee Joon, Kang Han-na, Jang Hyuk and others in lead roles. It is a fictional story about of King Seonjong who ascends to the throne due to a rebellion. Lee Tae replaces his father who rules the kingdom with an iron fist. The television series which is airing on KBS2 is also available on Disney+ in select regions.

#2 The Sound of Magic

The musical series is a story of a girl who can’t wait to grow up and a magician who wants to remain a child despite being an adult come together. With just 6 episodes, it makes for a quick binge watch. The K-drama is available on Netflix. The cast of the series includes Ji Chang Wook, Choi Sung Eun, Hwang In Yeop.

This K-drama follows a character who can see the future when she kisses someone. Adopted from a web novel, the cast includes Seo Ji Hye and Yoon Kye Sang in lead roles. The series which released on 25 Maty is available on Disney+ in select regions.

The story of a genius doctor who becomes who becomes a medical malpractice lawyer after he loses everything over a fabricated surgery. The new K-drama stars Im Soo Hyang, So Ji Sub, Shin Sung Rok, and Lee Kyung Young in lead roles.

The story of three women who have their own individual lives face tragedy caused by greed and desire. Yoo Soo Yeon mirrors the life of a Cinderella but faces difficulties from her in-laws. Cha Hwa Young  is filled with greed and desire and tries to keep up her upper class. Go Mi Sook is a private money lender who owns her own business. Watch this K-drama which released this month is currently airing on KBS2.

The above listed K-dramas are currently trending in the origin country with one of them currently airing in India. Stay tuned to know when these unmissable K-dramas that released this May will make it to our OTT screens. 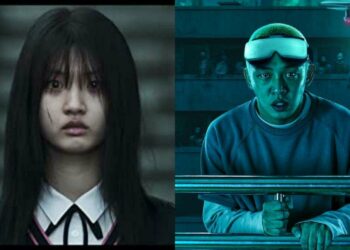