The celebration includes maintaining a “jaagaran” [an all-night vigil and prayers] because Shaiva Hindus mark this night as “overcoming darkness and ignorance” in one’s life. Offerings of fruits, leaves, sweets and milk to Shiva are made, some perform all-day fasting with vedic or tantrik worship of Shiva while some perform meditative Yoga. “Om Namah Shivaya”, the sacred mantra of Shiva, is chanted through the day and night all along the celebrations. 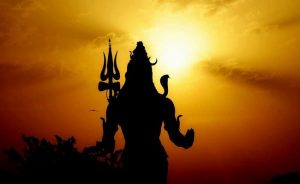 The Maha Shivaratri is mentioned in several Puranas, particularly the Skanda Purana, Linga Purana and Padma Purana. These medieval era Shaiva texts present different mythologies associated with this festival, but all mention fasting and reverence for icons of Shiva such as the Lingam. The major Jyotirlinga Shiva temples of India, such as in Varanasi and Somnatha, are particularly frequented on Maha Shivaratri. They serve also as sites for fairs and special events on this special occassion. Vizagities celebrate this festival with much joy and a huge crowd i\can be seen outside every Shiva temple in the city. People offer coconuts, sweets, fruits and other dairy products to the lord along with beautiful flower garlands. ‘Kailasagiri Hill’ is visited by thousands of devotees on this day to take blessings from the huge Shiva and Parvati idols situated on the top of the hill. The Shiva temple at the bottom of the hill is decorated with beautiful garlands and lights and is crowded throughout the day till late night. The popular ‘Punyagiri’ temple is visited by large number of devotees during the Mahashiva ratri. This temple is located in the Punyagiri hills near S.Kota in the Vizianagaram district. There are many perennial streams of water flowing down the hill. The Siva Lingam of this temple is surrounded by water from a natural stream underground which gives a very beautiful surrounding to the temple and the hill.

We at Yo! vizag wish you a very happy Maha Shivaratri and hope that lord Shiva blesses you and your family with happiness and prosperity.