In a sad news, world-renowned scientist Stephen Hawking died aged 76 during the early hours of Wednesday, as confirmed by his family. The family did not disclose the cause of the death but it has been learned that Prof Hawking died peacefully at his home in Cambridge, England.

Mr. Stephen Hawking was known for his groundbreaking work blackholes and relativity. He also authored famous books such as ‘A Brief History of Time’ and others.

Professor Hawking was diagnosed with a rare motor neuron disease at the age of 22 which left him bound to a wheelchair and disabled him to speak. He was able to communicate through a specially designed voice synthesiser.

“We are deeply saddened that our beloved father passed away today. He was a great scientist and an extraordinary man whose work and legacy will live on for many years.

They praised his “courage and persistence” and said his “brilliance and humour” inspired people across the world.

“He once said, ‘It would not be much of a universe if it wasn’t home to the people you love.’ We will miss him forever,” the family said in a statement. Mr. Stephen Hawking was born in 1942 in Oxford, England and went on to study his PhD at Cambridge. In 1974, his theory that black holes emit ‘Hawking Radiation’ was acclaimed by experts worldwide.

Prof Hawking’s book ‘A Brief History of Time’, which released in 1988, sold more than 10 million copies.

The scientist was recently portrayed by Oscar-winning actor Eddie Redmayne in the film ‘Theory of Everything’.

He is survived by his wife, Lucy, and two sons, Robert and Tim. 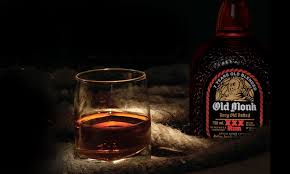