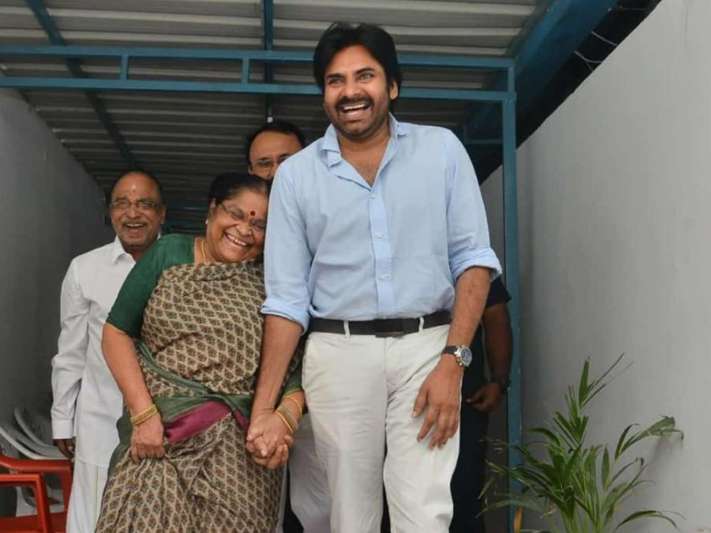 JanaSena Party Chief Pawan Kalyan received a cheque of Rs 4 lakh from his mother, Sri Anjana Devi, on Tuesday. Former Assembly speaker Nadendla Manohar too, took blessings from Pawan’s mother as she wished JanaSena the best for its political endeavours.

“My mother gave me a cheque of Rs.4 lakh for our JSP, from my Late father’s pension which she keeps receiving. She’s a woman who worked hard to keep the family of five kids & lost three of her kids before they even reached their 1st birthday,” shared the actor turned politician.

Pawan Kalyan also added that the cheque given by his mother reminds him of his responsibility to sort out the long-pending demand to abolish ‘contributory pension scheme’ by government employees.

The JanaSena Part Chief also announced his much-awaited official arrival on social media giant Facebook. The actor, who is an active participant on Twitter, opened his Facebook account on Tuesday and credited for more than 5 lakh followers in less than a few hours.

Pawan Kalyan informed that the JanaSena yatra would resume on 2 November with a train journey from Vijayawada to Tuni. The 47-year-old invited people to interact with him on the train journey.